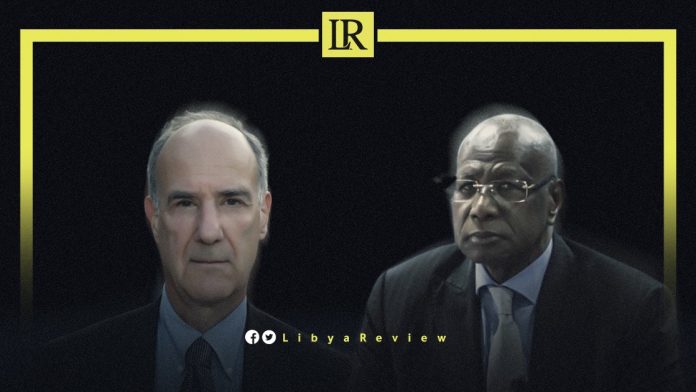 In an opinion article published on the Middle East Institute website, Winer added that the 75-year-old Bathily is “not a Libya specialist or even an expert on North Africa, having spent his career primarily working on sub-Saharan African conflicts.”

The US diplomat noted that, “according to precedent, Bathily’s tenure as special envoy will entail meeting with various members of Libya’s political and military class.”

He said that Bathily “will likely get to know the figures who have spent the past decade alternately fighting and aligning with one another in their quest for advantage. He will also meet with the principal regional foreign actors who have played would-be kingmakers or peacemakers during this period, starting with Turkey and Egypt.”

“No doubt, such diplomatic round-robins with the myriad political, military, and economic figures, both domestic and international, who can or do play roles in Libya’s internecine conflict, could keep even the most industrious special envoy busy for months or even years. The question is: Will such work — listening and learning, cajoling and counseling, but never commanding — lead anywhere? History tells us that a special envoy who follows the well-mapped road paved by his/her predecessors more closely resembles the horse who knows the way home, instead of a trailblazer who can lead Libya beyond its decade-long impasse,” Winer stated.

Bathily’s relevant experience in Senegal includes service as a member of Parliament, a cabinet minister, a Presidential candidate, and a leader of the opposition. In the UN, he has been involved in efforts to stabilize Mali and build a path to reconciliation in the Central African Republic.

“Therefore, neither the consequences of unresolved grievances nor the politics of greed will be new to him. The Security Council gave him its blessing after rejecting a number of other candidates who were all deemed unacceptable to one or more of the body’s five permanent representatives,” he concluded.