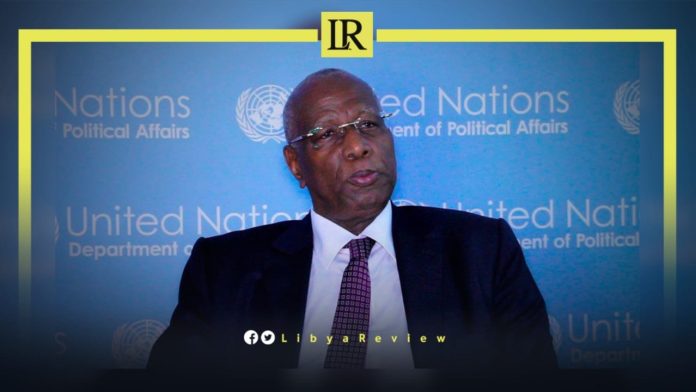 He noted that these challenges have also been obstacles faced by the previous Envoys, claiming that the appointment of an African UN Envoy will not lead to solving the crisis in Libya.

Earlier this month, the UN Secretary-General, António Guterres, announced the appointment of former Senegalese Minister and UN diplomat, Abdoulaye Bathily, to be the new UN Envoy to Libya after the Security Council gave its approval.

Guterres said Bathily brings 40 years of experience to the job of Special Representative and Head of Libya’s UN political mission. The UN Chief’s decision to appoint Bathily as UN Envoy came after a nine-month search amid increasing chaos in the oil-rich North African nation.

The last UN Special Representative, Ján Kubiš, resigned on November 23rd, 2021, after 10 months on the job, and a number of candidates proposed by Guterres were rejected by Security Council members, Libya, or neighbouring countries.

In December, Guterres appointed veteran American diplomat, Stephanie Williams, a former UN Deputy Special Representative in Libya, as his Special Adviser — a job that did not require Security Council approval. She left at the end of July. The mission has had no leader since as Libyans grapple with a constitutional and a political crisis.

The current stalemate grew out of the failure to hold elections in December and the refusal of Prime Minister Abdelhamid Al-Dbaiba, who led the transitional government, to step down. In response, the country’s East-based Parliament appointed a rival Pime Minister, Fathi Bashagha, who has for months sought to install his government in Tripoli.