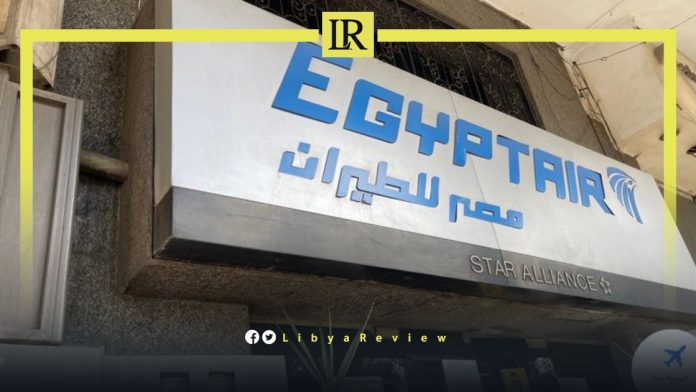 The Egyptian holding company ‘EgyptAir’ is preparing to reopen its office in the Libyan capital, Tripoli. This comes after an eight year business hiatus.

It is currently completing the refurbishment of its sales office, given the relative stability in Libya. EgyptAir is paying “special attention to points of strategic importance, including Libya, especially with the presence of many Egyptians residing and working in the country.” The company also aims to enhance bilateral trade and economic exchange.

The airline operates about 5 regular flights per week between Cairo International Airport and Benghazi Airport, on its Boeing B737-800 aircraft.

Notably, the Egyptian Civil Aviation Authority suspended flights between Libya and Cairo in 2014, due to the insecurity and political turbulence in Libya.

The announcement to resume flights between Egypt and Libya came during Libyan Transportation Minister, Mohamed Al-Shoubi’s participation in the 11th session of the Libyan-Egyptian Joint Higher Committee last month.

Libya has remained beset by turmoil since 2011, when long-time ruler Muammar Gaddafi was ousted and killed in a bloody NATO-backed uprising.

Presidential elections were due to be held on 24 December 2021. These were postponed indefinitely over technical and legal issues, according to the High National Elections Commission (HNEC).

The country is currently facing a political crisis after the Libyan Parliament swore in Fathi Bashagha to lead a new interim government in February. MP’s argued that the Prime Minister of the Government of National Unity (GNU), Abdel-Hamid Dbaiba’s mandate expired when the elections failed to take place.