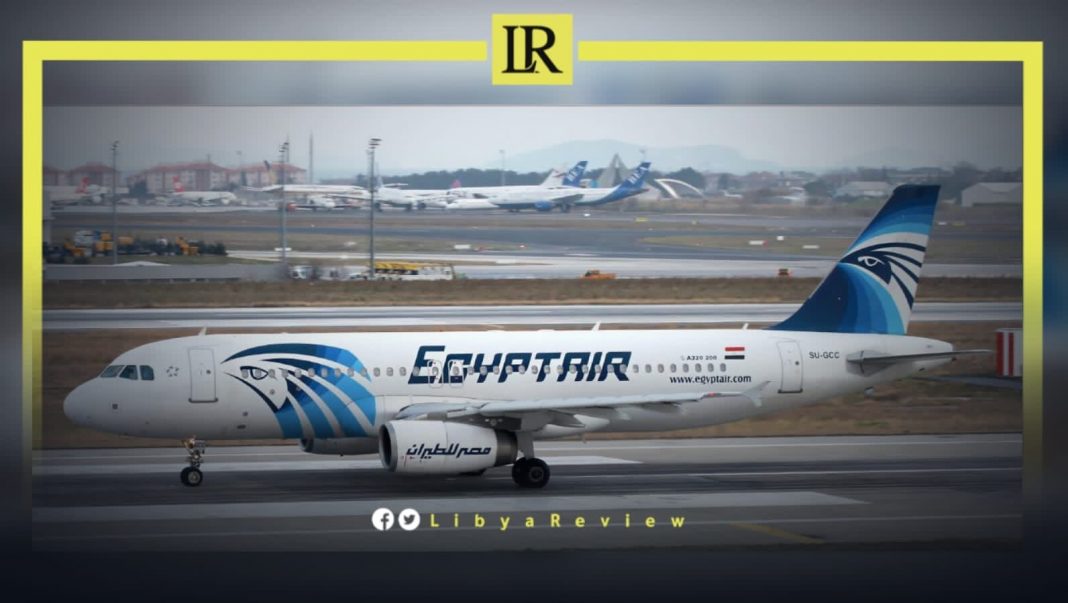 On Wednesday, EgyptAir announced that it will be operating direct flights between Cairo and the Libyan city of Benghazi, starting on 18 April.

In a statement, the company said that the decision is part of its keenness to boost its presence in Africa.

EgyptAir Chairman, Amr Abul-Enein said that they were giving special importance to strategic locations, such as Benghazi. This is to serve Egyptian expatriates and increase bilateral trade.

A daily fight will be operated via a modern Boeing 737-800 aircraft, the statement noted.

Notably, Cairo International Airport received its first flight from Tripoli in September 2021. The Egyptian Civil Aviation Authority suspended flights between Libya and Cairo in 2014. This was due to the insecurity, and political turbulence that was rampant in Libya over the past seven years.

Libya has remained beset by turmoil since 2011, when long-time ruler Muammar Gaddafi was ousted and killed in a bloody NATO-backed uprising.
Presidential elections were due to be held on 24 December 2021. These were postponed indefinitely over technical and legal issues, according to the High National Elections Commission (HNEC).

The country is currently facing a political crisis after the Libyan Parliament swore in a new Prime Minister, Fathi Bashagha to lead a new interim government in February. MP’s argued that the Prime Minister of the Government of National Unity (GNU) Abdel-Hamid Dbaiba’s mandate expired when the elections failed to take place.