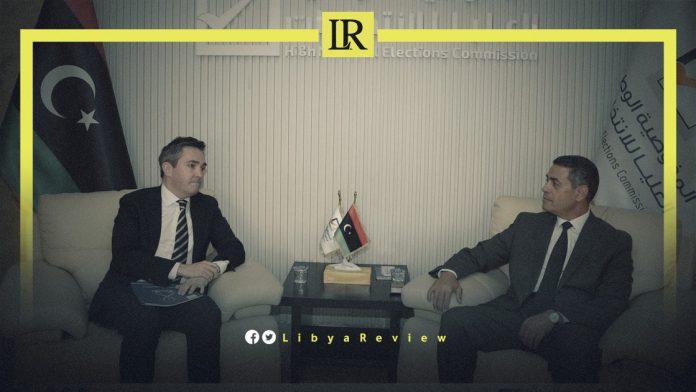 The officials exchanged views on evaluating the performance of the ‘People’ support project. This is being supervised by the United Nations Support Mission in Libya (UNSMIL).

The two sides discussed the development of project programs, in line with the nature of the current stage.

The visit comes within the framework of the international community’s support for Libya’s democratic process. It also aimed to discuss what electoral support can be provided to Libya.

Earlier in September, Al-Sayeh held a meeting with representatives of the United Nations, and the International Foundation for Electoral Systems (IFES). This was to discuss technical procedures for the country’s electoral process.

In a statement, HNEC said that the meeting discussed the preparations undertaken to hold the elections. It also, “reviewed a number of technical procedures for developing the electoral process, to ensure high levels of integrity and credibility in the elections.”

Last month, Al-Sayeh announced that the “force majeure that made it impossible to hold the elections last December has now ended.”

He said that the delay in issuing the election laws was the biggest factor in the force majeure.

Al-Sayeh stressed that elections are the only solution to end the crisis. As well as claiming that “what is rumoured about foreign interference is incorrect, given that the electoral process is a Libyan decision.”

Recently, the Chairman of Libya’s High National Elections Commission (HNEC), Emad Al-Sayeh held a meeting with representatives of the Libyan Women Leaders Forum to discuss enhancing the role of women in political life.