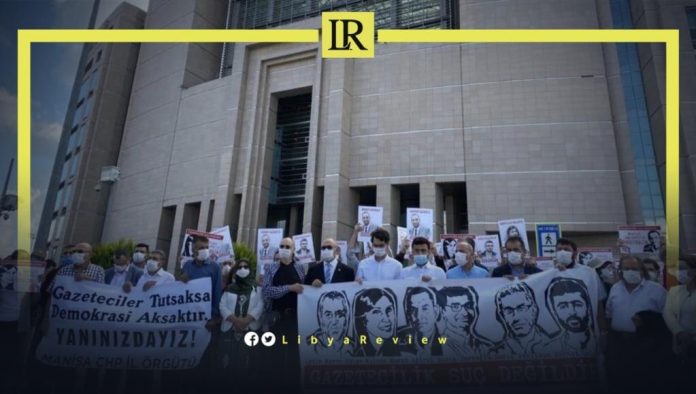 Turkey has been ordered to pay 25,000 Turkish Liras ($1,350) in damages to a journalist who was jailed for more than three months due to his report on a Turkish intelligence officer killed in Libya in 2020, the Stockholm Centre for Freedom (SCF) reported, citing Turkey’s Cumhuriyet daily.

A high criminal court in Turkey in September 2020 sentenced five journalists to years in prison on charges of “disclosing information related to national security” and “disclosing documents pertaining to intelligence operations.”

Commenting on the court’s decision, Terkoğlu said the ruling shows that the Turkish state acknowledged having made a mistake in his and his colleagues’ prosecution.

Terkoğlu’s lawyer, Kazım Yiğit Akalın, also said the amount of damages is far from sufficient for compensating the journalist for what he endured during his detention. However, it is important because it means the state admits its mistake and apologises.

Journalist Barış Terkoğlu, was acquitted of charges in the same trial along with an employee of the Turkey municipality where the intelligence officer’s funeral took place. The muncicipality employee was accused of providing pictures to the journalists of the funeral of the deceased intelligence officer.

The journalists published reports and tweeted about the secretly held funeral of the agent from the National Intelligence Organization (MIT) killed during a mission in Libya.

Terkoğlu took his unjust detention to Istanbul’s 4th High Criminal Court, which has ruled for the payment of damages to the journalist.

A regional appeals court in Istanbul in February upheld the prison sentences handed down to the other journalists. However, they were not required to serve their sentences, as some of them were placed on judicial probation after a brief stay in prison.

Turkey provided military support and training in Libya to the internationally recognised Government of National Accord (GNA).