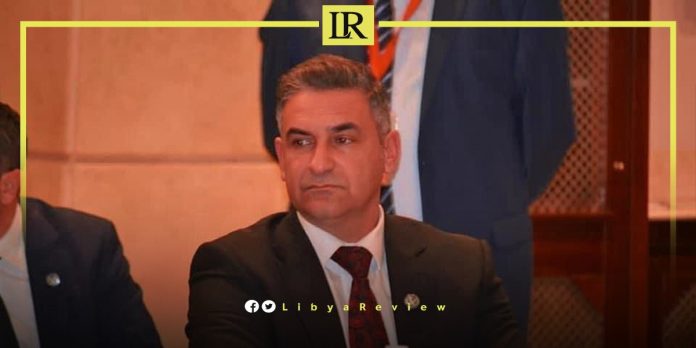 Potential Libyan presidential candidate, Mohamed Al-Mazoughi, called for the formation of a small caretaker-government headed by a non-controversial figure leading Libya to simultaneous or consecutive presidential and parliamentary elections.

Al-Mazoughi said in press statements that the Government of National Unity (GNU) led by Abdelhamid Al-Dbaiba and the Parliament-designated government led by Fathi Bashagha are no longer accepted by Libyan citizens. He also pointed out that the Libyan people no longer trust the two governments.

He explained that the acts of provocation made by the two governments resulted in “a dangerous political blockage.”

Notably, Bashagha will be summoned to attend an accountability session in the Libyan Parliament this week, after requests from Members of Parliament (MPs). The summons session will discuss the outcome of the work of Bashagha government, during more than 6 months since his appointment to the position.

The session will also discuss the government’s plan in the coming period and what it needs to achieve stability in the country and hold elections. This at a time that all the government’s attempts to enter the capital, Tripoli, to take over its duties have failed.

Bashagha’s government has also failed to obtain international recognition, in addition to the failure to obtain so far the budget to implement the government’s program and commitments.

Since Fathi Bashagha was appointed, he made many promises to the Libyan people. However, none of those promises have been implemented due to his inability to control all of Libya.

The most prominent obstacle that made the Bashagha government unable to implement its commitments is that it has not yet been able to carry out its duties in Tripoli. The government holds its meeting in Benghazi and Sirte cities. Bashagha failed many times to enter the Cabinet headquarters in Tripoli and the last attempt ended with bloody clashes, due to the out-of-state government of Abdelhamid Al-Dbaiba’s refusal to cede power.

Observers believe that the Bashagha government will not be able to implement its commitments from Benghazi, Sirte and the cities of the South at a time when it is still unable to enter the capital, or even obtain the budget that it announced earlier and was estimated at 94 billion Libyan dinars (LYD).

Bashagha promised to make every effort to achieve the aspirations of the Libyan people to hold transparent elections, however he failed to do. He also made far-fetched promises, such as the fair distribution of wealth and improving the quality of life for every citizen. Bashagha also pledged to “end the manifestations of security chaos and financial corruption” in Libya.