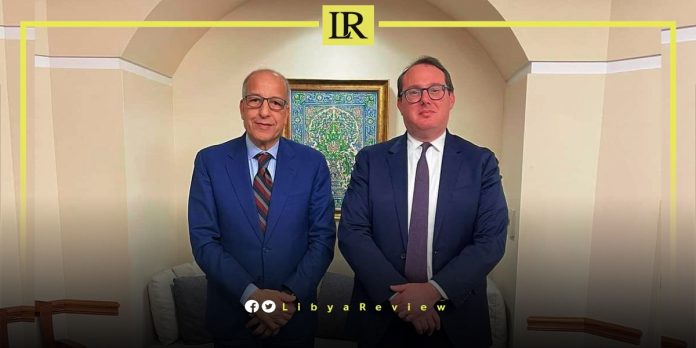 The Governor of the Central Bank of Libya (CBL), Al-Siddiq Al-Kabir met with the US Assistant Secretary of the Treasury, Eric Meyer, on Tuesday.

This came in a meeting at the US Department of State in Washington, according to a statement by the CBL.

In a related context, Al-Kabir met with the US Assistant Secretary of State, Joshua Harris. They discussed the transparency and disclosure initiative launched by the CBL.

Notably, Al-Kabir met with the Director of the Middle East and Central Asia Department, and the Executive Director of the Libya Group at the International Monetary Fund (IMF). They discussed the financial and economic situation in Libya.

During an expanded meeting, held at the Fund’s headquarters in Washington, the two parties also discussed the efforts of the CBL to maintain financial sustainability. The meeting reviewed progress in technical cooperation programs between the CBL and the IMF.

According to a statement by the CBL, the meeting concluded with an agreement to launch a package of joint programs for 2023, including a roadmap for their implementation.

Al-Kabir also discussed efforts to recover loans granted by the Libyan state before 2010.

The IMF expects prices and inflation rates to continue to rise in Libya, and the Arab region during 2022.

According to the data of the World Economic Outlook released in April, the inflation rate in Libya is estimated to reach 3.7% in 2022.

The report said that the Libyan economy will grow by the end of this year, at a rate ranging from 3.5-5.3%. It pointed out that Iraq will record the fastest economic growth in the Arab region, estimated at 9.5%.