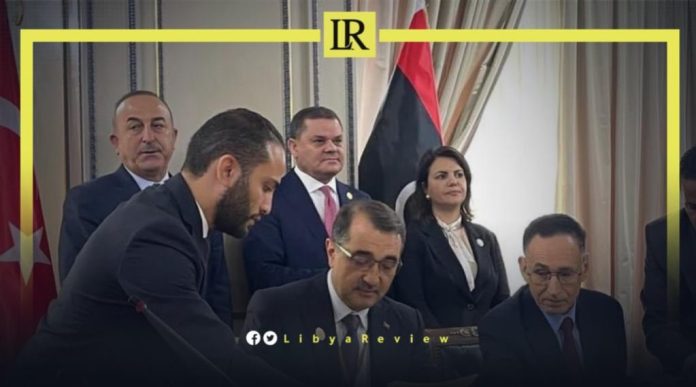 Libyan Member of Parliament, Abdul-Moneim Al-Arfi said that the House will discuss the MoU signed between Turkey and the Prime Minister of Libya’s Government of National Unity (GNU), Abdel-Hamid Dbaiba. The session will be held on Tuesday in Benghazi, upon an invitation of the Speaker, Ageela Saleh.

Earlier this month, Saleh informed UN Secretary-General, Antonio Guterres that “any memorandums of understanding concluded by the GNU have no legal effect and do not bind the Libyan state.”

He stressed that “the GNU’s mandate had constitutionally expired in accordance with the terms of the political agreement.” He added that the GNU had “failed to carry out its duties and tasks specified in the roadmap of the Libyan Political Dialogue Forum (LPDF).”

“Committing this deliberate violation could destabilize the security and stability of the eastern Mediterranean region, and that of neighbouring countries of Egypt, Greece, and Cyprus,” Saleh noted.

Moreover, 90 members of the Libyan Parliament expressed their “rejection and strong condemnation of the signing of vague memorandums of understanding between the outgoing GNU headed by Dbaiba and Turkey.”

Notably, EU Spokesman, Peter Stano said the recently signed hydrocarbons deal between Libya and Turkey could “potentially undermine regional stability”. The agreement was condemned by Greece, Egypt, the US, UK and France.