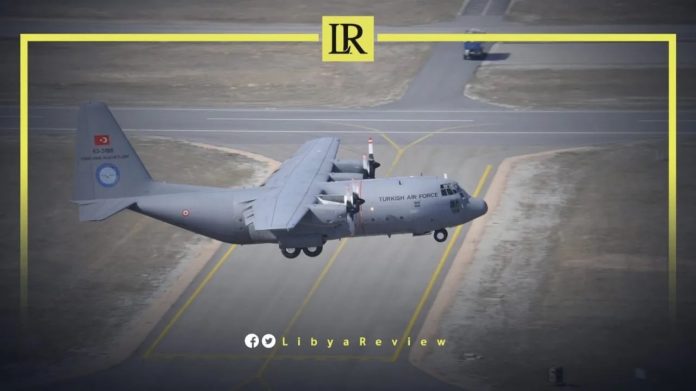 The website noted that the C130 plane came from a military base in Ankara, with unknown cargo on board.

Turkey continues to send military aircraft to Libya, with more than 10 planes landing at the Uqba bin Nafi Airbase in the Watiya region, in western Libya.

In June, the Turkish Parliament approved a motion to extend the mission of the Turkish troops in Libya for additional 18 months.

Earlier this month, Turkish Defense Minister, Hulusi Akar claimed that the presence of the Turkish military in Libya “is not as a foreign power.” This came during a meeting with the Prime Minister of Libya’s Government of National Unity (GNU), Abdel-Hamid Dbaiba in Tripoli.

Akar explained that “Turkish-Libyan relations are based on historical and cultural roots that extend back 500 years, and that Libya’s territorial integrity, independence, and stability are important to Turkey.”

He pointed to the importance of the memorandum of understanding signed between Turkey and Libya in 2019. He claimed that the Turkish armed forces present in Libya are not a foreign power, “but rather are elements of a friendly and brotherly country to Libya.”