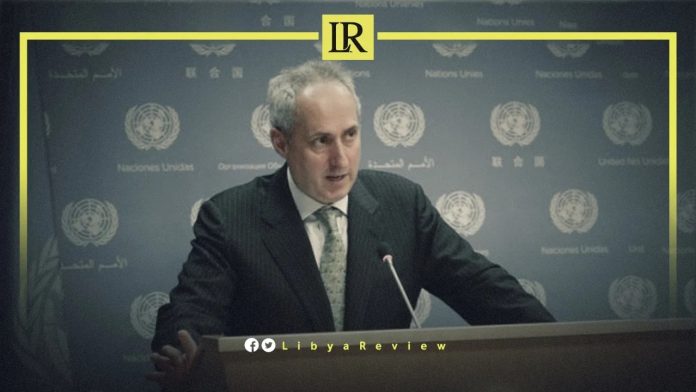 Spokesman for the UN Secretary-General, Stéphane Dujarric confirmed that the new UN Envoy to Libya, Abdoulaye Bathily’s “highest priority is to support defining a consensual path towards fair and comprehensive elections, as soon as possible.”

On Monday, Saleh held a meeting with Bathily in Al-Qubba city.

They discussed the latest political developments, and ways to end the current crisis.

Bathily reiterated his keenness to help restore stability to Libya, “in a way that helps it to restore its regional balance and maintain its peace and security.”

On Sunday, Bathily met with the Head of the Presidential Council, Mohamed Al-Mnifi, and Prime Minister, Abdel-Hamid Dbaiba in Tripoli.

He stressed that he will lead the United Nations’ good offices and mediation efforts to reach a sustainable and peaceful Libyan-led and Libyan-owned solution. As well as noting that the UN remains committed to supporting Libya in holding inclusive Presidential and Parliamentary elections. “The will of the millions of Libyan people who registered to vote should be respected,” he concluded.

The UN Envoy will also conduct meetings with the High Council of State (HCS), and a number of political parties and NGO’s.