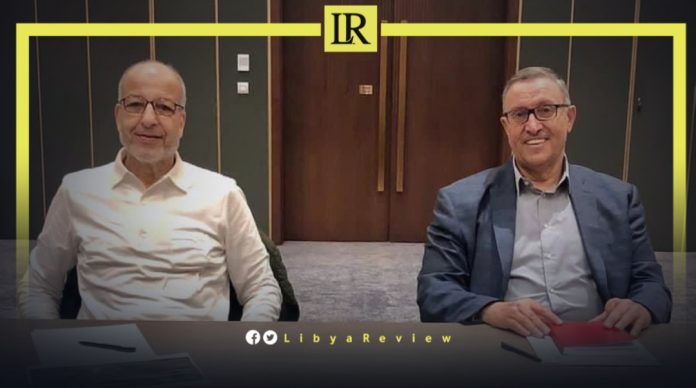 The Libyan Parliament-designated Governor of the Central Bank of Libya (CBL), Ali Al-Hibri accused his rival counterpart in Tripoli, Al-Siddiq Al-Kabir of “suspending the unification of the bank unilaterally.”

Al-Hibri said during a press conference, that the CBL is “almost dead and is not performing its duties in the fullest manner.”

“One man’s leadership is a useless dictatorship that will lead us nowhere. The bank’s Board of Directors must be activated,” he stressed.

He said that the Board will “resort to the Administrative Judiciary to implement its decision to amend the exchange rate of the dinar.”

In August, the Libyan Parliament-designated Prime Minister, Fathi Bashagha called on the CBL to amend the exchange rate of the Libyan dinar, during the meeting of the Monetary Policy Committee of the Bank.

The PM asked the CBL to “enhance the value of the Libyan dinar against foreign currencies, which would contribute to raising the purchasing power of the Libyan citizen.”

Bashagha cited Law No. 1 of 2015 regarding “taking appropriate measures to address economic or financial turmoil, given the stifling economic crisis that the national economy is going through.”

He called on the CBL to “follow a rational monetary policy and take decisions that limit the exacerbation of inflation levels, and reduce pressures on the exchange rate and value of the Libyan dinar.”

He pointed to the repercussions of the global economic crisis, and the sharp rise in the prices of basic commodities. Libya is almost completely dependent on foreign imports, which has “affected the decline in the purchasing power of the local currency, and its consequences were reflected in the lives of citizens,” he said.

The PM called for “developing a plan to curb the stagflation and enhance the value of the Libyan dinar against foreign currencies. This would contribute to controlling commodity price levels in the Libyan market.”

He pledged that his government would “take all measures and arrangements to reduce inflation-causing spending, in accordance with the CBL’s monetary policy.”

The decision is in accordance with Parliament Resolution No. 17 of 2014, which dismissed Al-Kabir as Governor of the Central Bank.