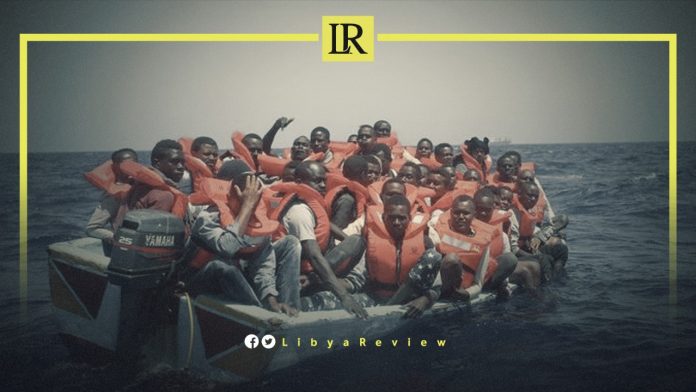 More than 29,000 migrants have died trying to reach Europe since 2014. Over 5,000 of these deaths have been recorded in the last two years, the International Organization for Migration (IOM) said in a report on Wednesday.

The UN agency’s Missing Migrants Project spoke of “increasing numbers of deaths seen on routes across the Mediterranean, on land borders to Europe, and within the continent.”

According to its report, the deadliest migration route continues to be the central Mediterranean. Over 2,836 people have died since January 2021 attempting to reach Italy or Malta, mainly from Libya and Tunisia.

On Tuesday, the Italian Coast Guard rescued about 400 people from a boat that left from Libya, according to Alarm Phone, a volunteer-run hotline for migrants and refugees in trouble at sea. Italy’s Coast Guard did not immediately return phone and email messages about the incident.

In her first speech to Parliament, Italian Premier, Giorgia Meloni pledged a crackdown on illegal migration, relaunching the idea of a naval blockade on boats leaving North Africa.

Meloni confirmed that “we want Libya to cooperate with us in preventing migrant boats.”

The PM stressed that her government “wants to stop illegal departures and eliminate human trafficking in the eastern Mediterranean region permanently.” Meloni noted that it is “necessary for a UN resolution and close cooperation of Libya to put an end to the flow of migrants.”

She insisted it was “time to stop traffickers being the ones who decide who gets in.” Her new Interior Minister said he may block charity ships from bringing rescued migrants to Italy, reviving a controversial policy from 2019.

On Tuesday, Alarm Phone warned that two vessels carrying over 1,300 people between them had run into trouble during a crossing.

It said it had received a call for help from “a large wooden boat that left Tobruk, Libya”. The boat was “now in the SAR zones of Malta and Italy”, Alarm Phone tweeted. This is in reference to the sea search and rescue areas for which Rome and Valletta are responsible.

In a subsequent tweet, Alarm Phone said it believed the two boats had departed from Libya together. “We were told that one carries about 700, the second about 650 people. Reportedly, a person died and engines aren’t working anymore,” it said.

Italy has long been on the migration frontline, taking in tens of thousands of people who attempt the world’s deadliest crossing yearly.

Meloni added that the right to asylum for those fleeing war and persecution would be respected.
But humanitarian associations say those rights are non-existent under an EU-sponsored agreement between Italy and Libya. This allows the Libyan Coast Guard to intercept migrants at sea, and forcibly return them to the strife-torn country.

Campaigners say nearly 100,000 people have been intercepted since 2017. Most are believed to have ended up in Libyan detention centers, which have been compared to concentration camps by Pope Francis.

Italy’s new government has until next week to decide whether or not to scrap the deal or allow it to automatically renew for another three years.