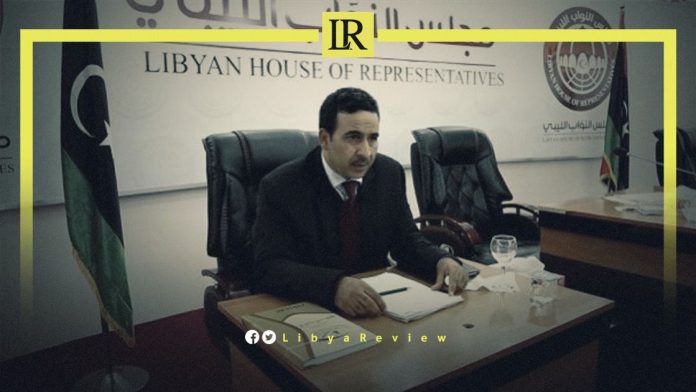 On Thursday, the First Deputy Speaker of the House of Representatives, Fawzi Al-Nuwairi condemned “all forms of foreign interference in Libya, which undermines any rapprochement between Libyans, and threatens the country’s national security.”

In a statement, Al-Nuwairi affirmed his rejection of “statements by foreign diplomats on the Libyan crisis, whether they are special envoys, ambassadors, or even heads of some countries.”

He distinguished between “statements of a diplomatic nature, which aim to strengthen relations with Libya, and others seeking to interfere in the internal affairs of the country.”

Al-Nuwairi indicated that “some foreign diplomats have made statements on issues related to Libya’s internal affairs, which is a violation of our sovereignty. These interventions also constitute a violation of the provisions of the Vienna Convention on Diplomatic and Consular Relations, which prohibits such practices and considers them a violation of the sovereignty of states.”

The Deputy Speaker noted that these statements “turn a blind eye to the necessity of evacuating all foreign forces from Libya, which is the responsibility of the international community, and must be addressed as this represents the biggest obstacle to stability.”

In addition, Al-Nuwairi stressed that “the solution to the Libyan crisis must be Libyan-led without foreign interference, and according to a comprehensive national vision that brings together all parties for the interest of the whole Libyan people.”

Libya’s current political crisis stems from the failure to hold elections in December 2021 and the refusal of Prime Minister, Abdel-Hamid Dbaiba to step down.

In response, the country’s eastern-based Parliament appointed a rival Prime Minister, Fathi Bashagha, who has for months sought to install his government in Tripoli.