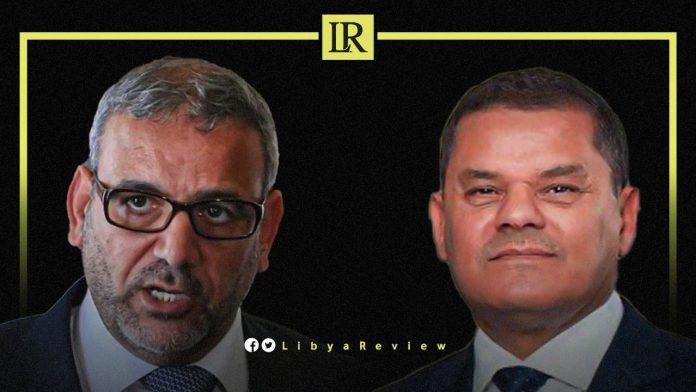 Khaled Al-Mishri, Head of the Libyan High Council of State (HCS), addressed a letter to the Head of the United Nations Support Mission in Libya (UNSMIL), Abdoulaye Bathily regarding the “besiegement of the HCS’s headquarters.”

In his letter, Al-Mishri said: “A session was scheduled to be held today, Monday, to vote on the draft constitutional rule in its final form, and to discuss the mechanism for unifying sovereign positions and executive power. We were surprised by a heavily armed military force, armoured vehicles, and heavy weapons that surrounded the council’s headquarters, and prevented members from entering.”

Al-Mishri explained that “everyone with an opinion and insight has become aware of this government’s intent to obstruct the elections, and to remain in power for as long as possible.”

He stressed the need to “call for an immediate meeting between the HCS and the Libyan Parliament, under the auspices of UNSMIL, to unify the executive authority in preparation for holding free, fair, and acceptable elections.”

Al-Mishri called on Attorney General, Al-Siddiq Al-Sour to “open an investigation into the Prime Minister of the Government of National Unity (GNU), Abdel-Hamid Dbaiba and prevent him from travelling until all investigations are completed.”

The HCS published pictures of military vehicles in front of the entrance to the hotel, which was to host its session in the capital, Tripoli. The session was devoted to listening to the report of the Committee on Sovereign Positions in the Council, and discussing mechanisms for unifying the executive authority.