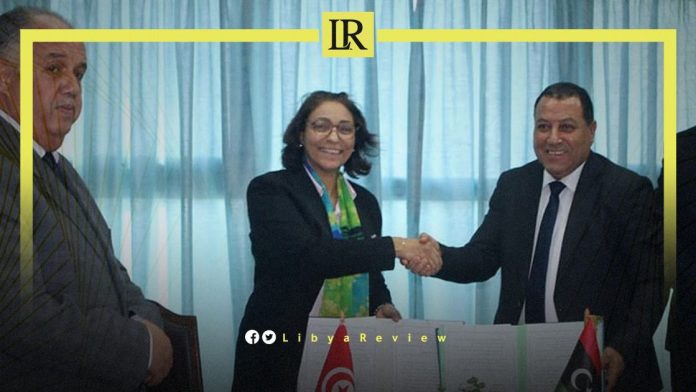 The Director General of Tunisian Customs, Najat Al-Jawadi said that the joint commercial crossing between Libya and Tunisia which opened in 2021 was to “ensure the smooth movement of goods.”

“The sessions between the Libyan and Tunisian customs began in July. The meetings continued, the last of which was in November, and are considered activation of the joint agreements previously signed between the two countries. Finally, we signed the historic agreement to speed up procedures for travellers from both sides, opening five new gates for travellers, a sixth for intra-trade, and a seventh for ambulance and diplomatic delegations,” Al-Jawadi added.

“We solved all the problems, such as the increasing pressure on the crossing during the holidays, and others. In light of a positive and historical consensual atmosphere,” she noted.

Al-Jawadi pointed out that she is “counting on lifting obstacles and overcoming the work of the customs offices, in order to achieve flexibility in dealings, and achieve smoothness on the ground.”

She confirmed that joint training sessions will begin between members of both customs offices in the next two weeks, in the Tunisian city of Djerba.

Notably, the former Tunisian Foreign Minister, Khemaies Jhinaoui said that Tunisia was absent from the Libyan crisis. He added that “Tunisia’s rule is unclear and weak.”

Jhinaoui confirmed that he “took many initiatives to end the Libyan crisis and activate the intra-Libyan solution to this crisis. This includes tripartite initiatives with neighbouring countries, namely Egypt and Algeria.”

The former FM indicated that “Tunisia’s influence is important in order to put an end to the crisis in Libya, but it remains insufficient. This requires coordination of efforts and standing with neighbouring countries and others, in order to impose a peaceful internal solution to this issue.”

He stressed that “the stability of Libya is part of the stability of Tunisia. The interest of Tunisia dictates that the way it deals with the file be bolder, and more active. It must take the initiative to impose an intra-Libyan solution to the crisis.”