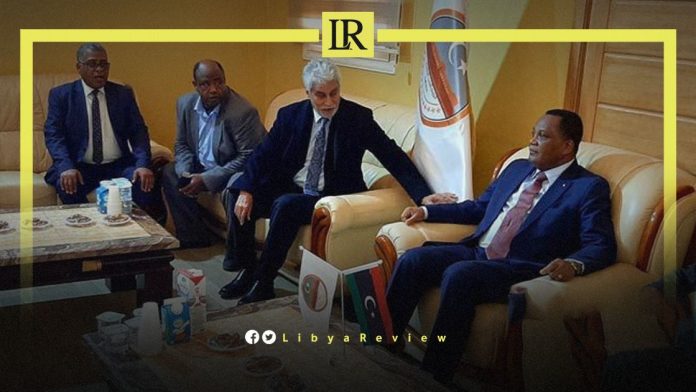 On Sunday, the mayors of Libya’s southern municipalities held talks with the Congolese Minister of Foreign Affairs, Jean-Claude Gakosso, and his accompanying African Union delegation in Sebha.

During the meeting, the attendees discussed efforts to achieve national reconciliation, and create a climate for simultaneous Presidential and Parliamentary elections in the country.

The meeting also reviewed the efforts made by the African Union, to reach a comprehensive solution to the Libyan crisis.

On their part, the mayors welcomed the AU delegation, appreciating the work undertaken by Gakosso in supporting and achieving national reconciliation in Libya.

In turn, Gakosso explained that Africa “has many successful experiences in this file. Achieving national reconciliation in Libya is one of the priorities of the African Union during the coming period.”