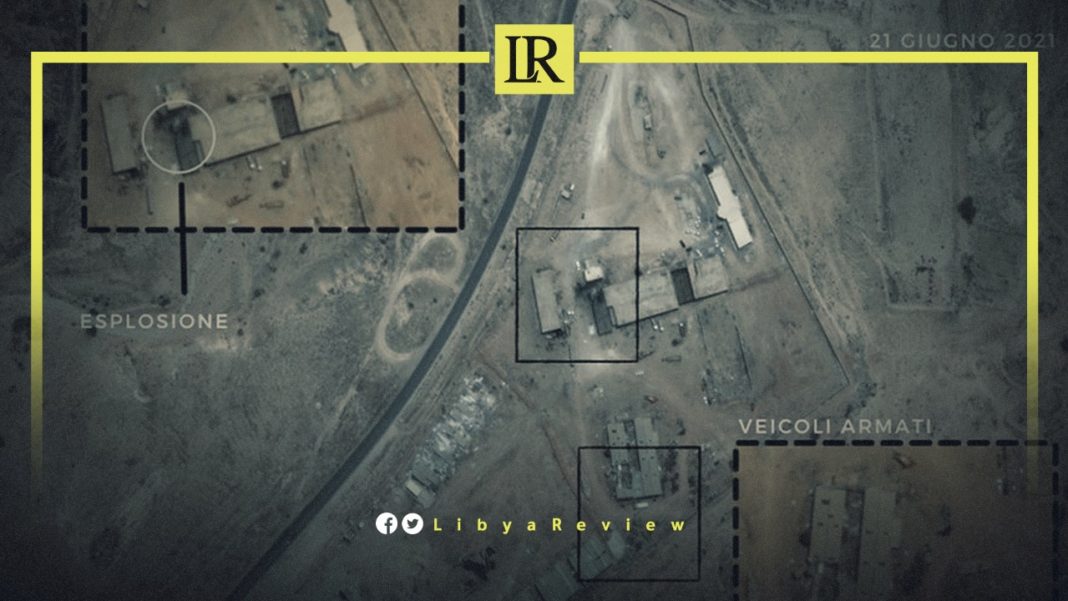 Satellite photos from Maxar Technologies show the site of the explosion in the Abu Rashada detention centre in Gharyan. The Libyan government detains migrants in the vicinity of this ammunition depot.

The centre is located 100km Southwest of the capital Tripoli. The explosion occurred near the cells, where men, women and children are placed by local coast guards. The local coast guard is financed by the European Union (EU).

Medical sources from the Gharyan hospital told the Italian news outlet, Editoriale Domani, that three people, including two minors, were injured due to the incident. The United Nations Office for the Coordination of Humanitarian Affairs (OCHA), fears that there could be hundreds of victims there.

The migrants brought back to Libya had arrived in the centre a few days earlier and were crammed into dilapidated rooms.

About 600 migrants are detained a few steps from the site of the explosion. Local United Nations officials told Editoriale Domani that an ammunition depot is a few meters from the prison where migrants intercepted in the Mediterranean are brought back to.

“I’m afraid there are dozens of dead. The militia that controls the centre has a weapons depot and its men are involved in fuel trafficking in the desert,” said an official from the Libyan Interior Ministry’s Department for Combating Migration (DCIM).