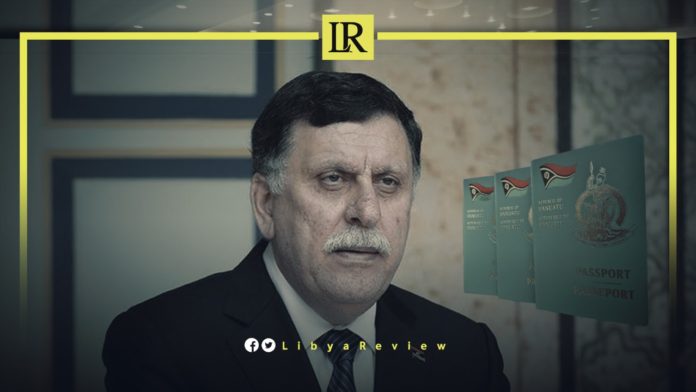 The British news and media website “The Guardian” identified Libya’s former Prime Minister of the Government of National Accord (GNA), Fayez Al-Sarraj as one of a number of prominent political figures who purchased citizenship from Vanuatu.

As Libyan ceasefire talks began to break down in January 2020, Fayez Al-Sarraj obtained passports for himself and his family – applied for under his wife’s name. After resigning in March of this year, he has since reportedly left Libya, the Guardian explained. In March 2021, Al-Sarraj went on to resign from his position as PM of the Tripoli-based GNA.

The Guardian said that Al-Sarraj’s probable status as a politically exposed person (PEP) means that he would likely have faced greater hurdles or even been barred from applying to many countries offering citizenship-by-investment programs, in the Caribbean or EU. A politically exposed person is defined as someone considered more susceptible to bribery and corruption, by virtue of their position.

Since January 2020, more than 2,000 people have purchased citizenship of the remote Pacific island nation of Vanuatu, home to just 300,000 people.

A months-long investigation by the Guardian has detailed for the first time how, for US$130,000 each, Vanuatu sold passports – and with them visa-free access to the UK and EU – to thousands of individuals, including high-profile former politicians, and also to people linked to sanctions, facing serious allegations, and those with warrants out for their arrest.

The sale of passports brought in more than US$100m to the Vanuatu government last year, with an analysis by Investment Migration Insider finding it accounted for 42% of all government revenue in 2020. Revenue from the program has enabled Vanuatu, one of the poorest countries in the world, to reduce its debt stock.

But security experts have also raised concerns about the program, warning it could create a back door for access to the EU and UK, and Vanuatu’s taxation laws make the country an attractive site for money laundering.