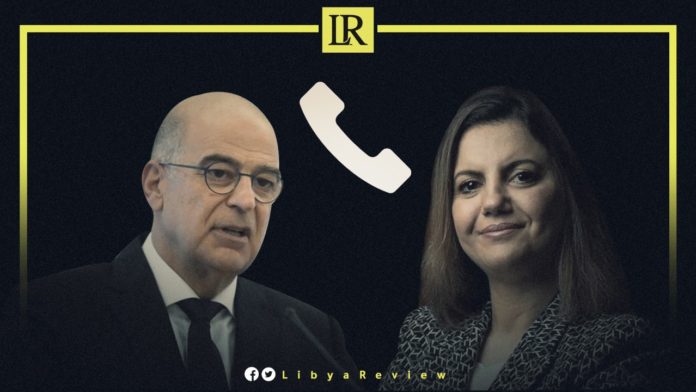 “Dendias stressed the need for conditions to prevail that would allow the holding of fair elections in the country,” the Greek ministry added. During the talks, he also reiterated his support for Libya on its path to national elections scheduled later this year.

“Greece will do everything it can to help in this direction,” he added, stressing that a prerequisite for free elections and a better future for Libya is the withdrawal of all foreign forces and mercenaries.

In turn, Al-Mangoush expressed her regret for the losses caused by the recent Greek forest fires, expressing Libya’s solidarity with their Mediterranean neighbour.

Earlier this year, the UN-sponsored Libyan Political Dialogue Forum (LPDF) elected a new Government of National Unity (GNU) for Libya. The GNU is set to lead the country to general elections scheduled for 24 December 2021.