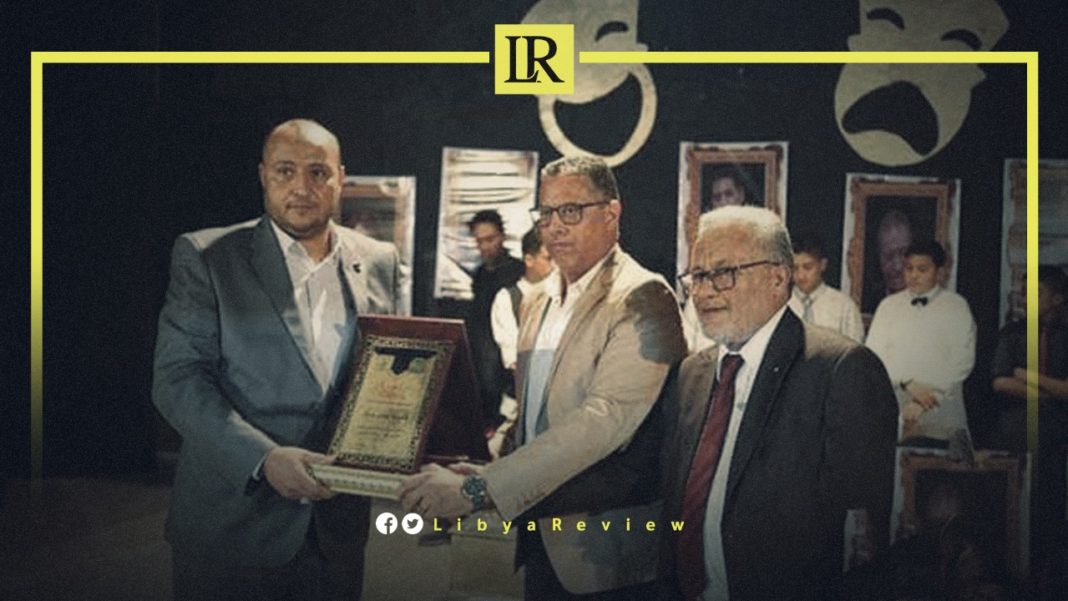 The Libyan Culture House Theater held a ceremony on Thursday, to mark the 22nd anniversary of establishing the Shahat Culture House. The ceremony was attended by Libyan intellectuals, artists, media professionals and playwrights.

It was also attended by the coordinator of the Ministry of Culture and Knowledge Development in the Eastern Province, Rafea Al-Fakhri.

During the celebration, which was organized by the Office of Culture and Knowledge in Shahat, a theatrical performance was presented by the Libyan Theater and television band, Shahat entitled “The Play.”

“The Play” is written and directed by the artist Abdulaziz Wanis, after years of stopping the theatrical, artistic and literary works inside the Shahat Culture House, according to the Ministry of Culture website.

In his speech on the occasion, the Coordinator of the Ministry of Culture and Knowledge Development’s Office announced the adoption of a project to maintain and prepare the Shahat Culture House.

This comes within the development plan of the Ministry of Culture for the year 2021, under the instructions of the Minister of Culture and Knowledge Development of the Government of National Unity (GNU), Mabrouka Toghi, to resume activity in this cultural edifice. This revived the cultural scene in the region by hosting many cultural events.

After years of conflict in war-torn Libya the country’s cultural scene seems to be on the mend.