Over 200 Migrants Arrested in Libyan Capital 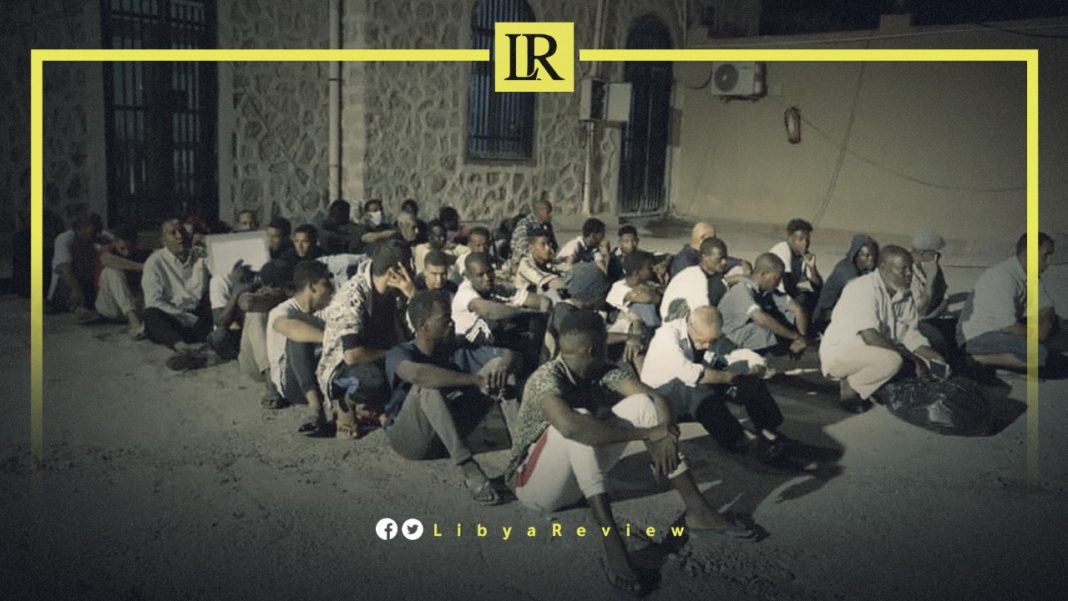 On Wednesday, security patrols from Tripoli’s ‘Office of the General Administration of Central Support Authority in the Old City (Al-Madina Al-Qadeema)’ arrested 202 migrants of varying nationalities in the Libyan capital.

In a statement, the Ministry of the Interior stated that the detainees were referred to one of the official shelters of the Anti-Illegal Migration Agency, which would take the appropriate legal measures against them.

Libya has become the preferred point of departure for immigrants wanting to cross the Mediterranean towards European shores, ever since the 2011 uprising toppled leader Muammar Gaddafi.

immigrants who are rescued at sea or seized by the Libyan authorities end up in overcrowded reception centers across the country.

So far this year, more than 20,000 immigrants, including women and children have been rescued. Hundreds of others have drowned or gone missing off the Libyan coast, according to the International Organization for Migration (IOM).

Libya’s Government of National Unity (GNU), which took office in March has stated that the migration crisis is beyond its control.

Earlier this month, A supposed location was identified in Libya where African migrants were allegedly kept in cages like animals, said Basheer Garba Muhammed, the Director-General of Nigeria’s National Agency for the Prohibition of Trafficking in Persons (NAPTIP).

Muhammed claimed that their vital organs such as eyes, kidneys and lungs would thereafter be harvested and sold in the black market to service the medical needs of Europe, according to the International Centre for Investigative Reporting (ICIR) in Nigeria. These claims have not been verified.