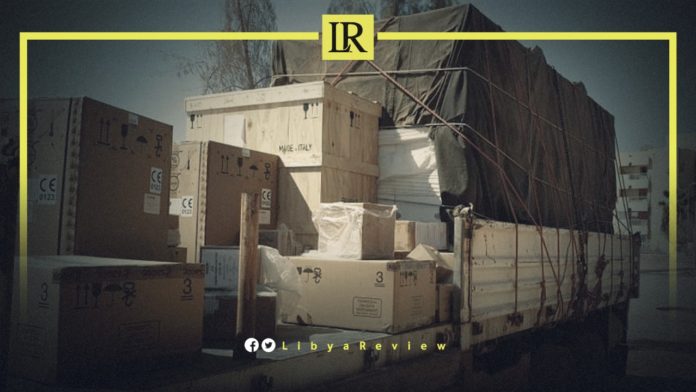 The Ghat Municipal Council received a shipment of medical supplies from the Italian Embassy in Libya. It will be allocated to the Ghat General Hospital.

The Media Office of Ghat Municipality added that the Italian Embassy in Libya also provided a 400KW electric generator for Ghat General Hospital.

The Municipal Council indicated that the delivery of the shipment was supervised by the Dean of Ghat Municipality. It expressed that this came within the Solidarity Bridge between the Municipality of Ghat and the Italian Embassy.

Abu Hessa pointed out that the situation in Libya is witnessing remarkable stability, and requested Buccino to encourage the Italian companies to return to Libya. He also called on Italy to hold training courses for Libyan students in the field of industrial technology.

“Libya now has a unified government that has told us that they have money from oil revenues, and want Italian companies to build highways, airports, and invest,” Di Maio said according to the Italian news agency Nova.

Libyan Prime Minister, Abdelhamid Al-Dbaiba stated at the plenary session of the Italian-Libyan business forum in May that, “it was a tough decade and we need the support of Italy and all countries.”

Italy and Libya have always cooperated historically. “Eni is one of our largest oil partners.”

“Our goal is to increase the trade exchange between the two countries. We need to rebuild schools, hospitals, and critical infrastructure. We want to return to the production of 3-4 million barrels a day and re-launch sectors of the economy. Of course, the best partner is Italy. We also believe that the support that Italy and the European Union provide for the management of illegal migration is very important,” the Prime Minister noted.