When Will the New Power Plant in the Libyan Capital be Ready? 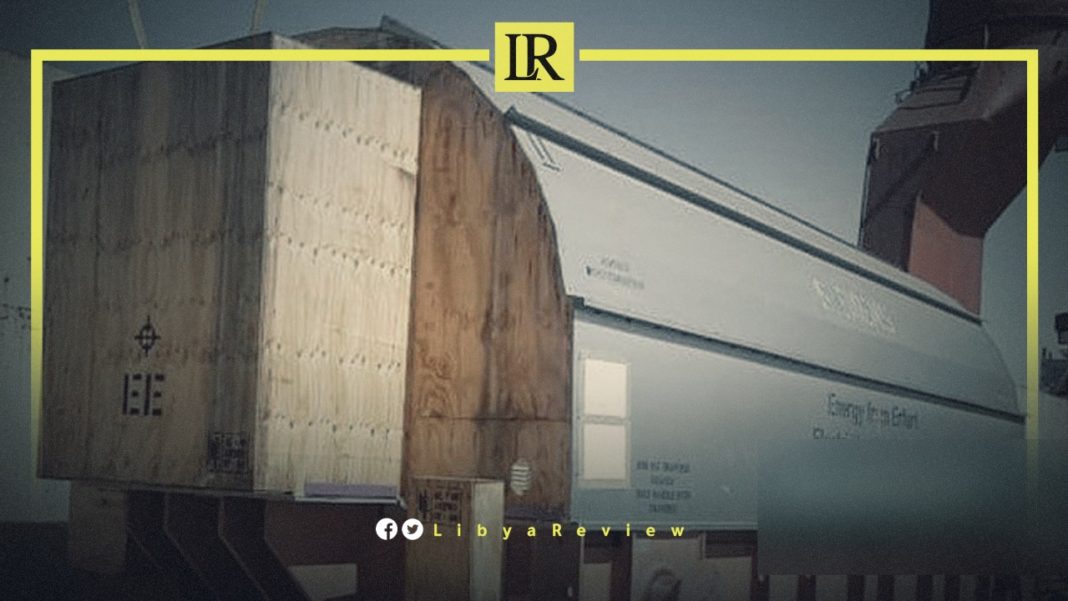 On Sunday, the General Electricity Company of Libya (GECOL) announced that the third and fourth turbines and their generators arrived for the West Tripoli gas power plant project. The company added that this equipment arrived on a ship, on Saturday, noting that they are “complementary” to the project.

On its Facebook page, the company said that work is underway to extract equipment from the ship by the Customs Release Department. The work is attended by representatives of the German company, Siemens and Turkish company, Anka.

The statement explained that this shipment includes the third and fourth turbines, their generators and various equipment belonging to the project manufactured by Siemens.

The first gas turbine and the second gas turbine arrived for the West Tripoli gas station project on August 8th. They were put on the base designated for them at the project site. The project has a production capacity of 671 megawatts distributed over four units, according to the company.

Civil works and excavations began in the emergency power station project West of Tripoli last May. The project came as part of the GECOL efforts to raise production capacities and eliminate the deficit in the electrical network. It comes within GECOL’s strategic plan, which includes the establishment of three stations, including one in the Misurata station with a capacity of 640 megawatts, and another in Tobruk with a capacity of 740 megawatts.

Notably, Chairman of the GECOL, Wiam Al-Abdali, said that the company already raised electricity production from 3,700 to 5,700 megawatts, and expects it to further rise to 7,400 megawatts by the end of the year.

During a hearing session at the Libyan Parliament, Al-Abdali stated that the company had also carried out extensive maintenance operations in many power stations including Misrata, North Benghazi, Al-Sarir, Zawia, and Al-Khums. He noted that the government has allocated one billion dinars for this pre-planned program.

“By the summer of 2020, the electricity transmission network had completely collapsed, and there was a large deficit in the western wing of the electrical network, with loads of 7,500 megawatts, and power outages in some areas reaching 21 hours. Services were badly affected,” he claimed.

“In the summer of this year, we succeeded in linking the main power transmission lines in Ajdabiya, Zueitina, Brega, and southern Tripoli, and we are working on the Ubari-Fajeej line among others. These have led to a reduction in load delivery, despite weak funding,” the chairman added.

Al-Abdali confirmed that the company has already “contracted directly with companies operating in Libya, as they have the available resources, and we did so in order to shorten the time and implement maintenance as quickly as possible,” adding that the government ratified the contracts, and had them reviewed by the Audit Bureau.