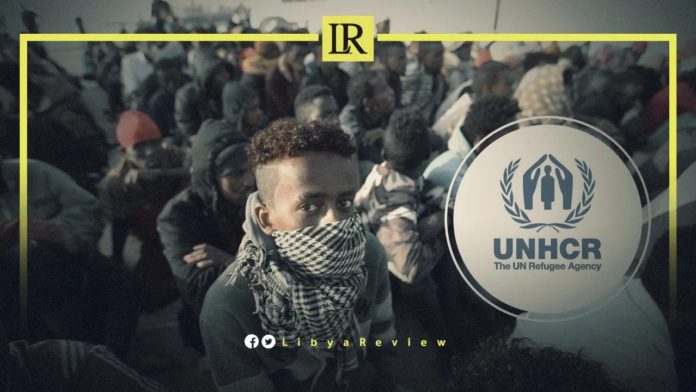 On Saturday, the United Nations High Commissioner for Refugees (UNHCR) said that a total of 24,420 refugees and migrants have been rescued and returned to Libya so far in 2021.

In a statement, the UNHCR added that 42 migrants (including 8 women and 4 children) were disembarked at the Tripoli Naval Base last week.

It added that the group initially disembarked from Zliten (160 km East of Tripoli), noting that they were present at disembarkation to provide urgent medical assistance and Core Relief Items (CRIs).

The UN organization added that 446 migrants died and 648 others have gone missing off the Libyan coast on the Central Mediterranean route so far this year.

Last week, the UNHCR processed 516 refugees and asylum-seekers at its Registration Office in Tripoli. Of these, a total of 279 individuals were registered and received their UNHCR certificates. These included 141 nationals from Sudan, 62 Syrians, 48 Eritreans, and 10 Ethiopians.

As of the 23rd of September, the UNHCR registered a total of 9,403 refugees and asylum-seekers.

Libya has been a hub for African and Middle Eastern migrants fleeing war and poverty in their countries and hoping for a better life in Europe. The oil-rich country plunged into chaos following a NATO-backed uprising that toppled and killed longtime leader Moammar Gaddafi in 2011.

Traffickers exploited the chaos and often pack desperate families into ill-equipped rubber or wooden boats that stall and founder along the perilous Central Mediterranean route. Thousands have drowned along the way.

They have been implicated in widespread abuses of migrants, including torture and abduction for ransom.