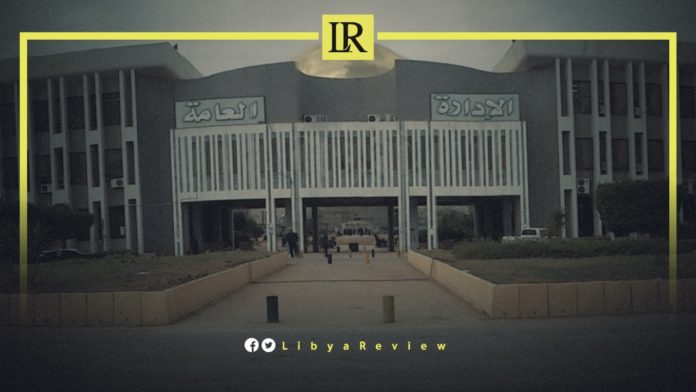 On Sunday, the General Syndicate of University Faculty Members in Libya denounced the controversial statements made by the Head of the interim Government of National Unity, Abdelhamid Al-Dbaiba, in which he described them as a ‘privileged group’.

In a statement, the syndicate threatened to stage a nationwide strike as of October 10th, 2021, interrupting the second academic semester.

The professors added that the lack of respect for the scientific and academic elites in educational institutions by the government’s Head is a dangerous indication of undermining the value of the country’s scholars.

The statement added that, “after deducting 15 months from the salaries of faculty members, and depriving them of promotions, vacations, and academic mandates, we were waiting for an honor, even with a kind word, but what happened was that we were described as a ‘privileged segment.”

“We demand our fellow faculty members assigned to ministerial portfolios and other senior positions in this government to join their colleagues to maintain the dignity of all faculty members,” they noted.

The syndicate also described Al-Dbaiba’s statements as encouraging the migration of Libyan professors.

Meanwhile, it has appreciated the House of Representatives (HoR) for approving a number of laws in favor of faculty members, which were neglected by the interim government.

Since the outbreak of the NATO-led uprising that toppled Moammar Gaddafi in 2011, the wages of professors at Libya’s universities have not been raised, while inflation rates kept rising to reach 20 percent, according to World Bank reports.