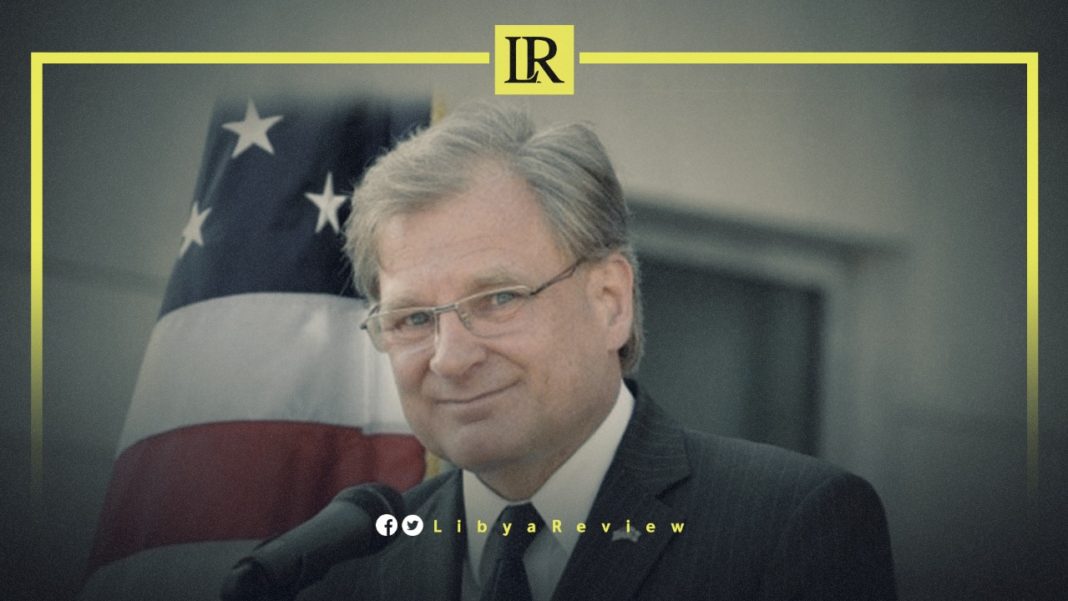 On Wednesday, the US Ambassador to Libya, Richard Norland said that Libya’s 5+5 Joint Military Commission (JMC) meetings in Geneva are an opportunity to reach a compromise between the rival parties.

“On behalf of the United States, I wish to express our hope that the JMC continues to build on the progress it has already made. The meetings in Geneva are another chance to find common ground on military, security, and fiscal issues that still divide Libya,” Norland said.

The JMC talks in Geneva, under the auspices of the United Nations Support Mission in Libya (UNSMIL), are set to discuss the development of a comprehensive action plan for the withdrawal of all mercenaries, foreign fighters, and foreign forces from Libya.

In his opening remarks, Jan Kubis, the Head of UNSMIL expressed his appreciation to both delegations and to international partners who are in support of the peace effort.

“Everyone understands how critical this meeting is for the sake of the country; everyone understands that if you will manage to come together and agree on such an action plan you will be sending a signal, not only to the political leaders and institutions in the country, but a signal of hope also to your people that things can move,” he said.

“Of course, it is a complex issue, as it is not only a concern for Libya, it is also a concern to regional countries and the international community,” he added.

The work of the JMC is focused on the security track, which is one of the three intra-Libyan tracks that UNSMIL is working on, along with the economic and political tracks.

The eastern-based LNA and the GNA fought for more than a year in and around Tripoli before the conflicts ended in June last year. On 23 October 2020, the rival parties signed a UN-sponsored permanent ceasefire agreement in Geneva.

During a meeting held in November last year in Tunis, 75 representatives of the social and political spectrum of Libya agreed to hold general elections in the country on 24 December 2021.