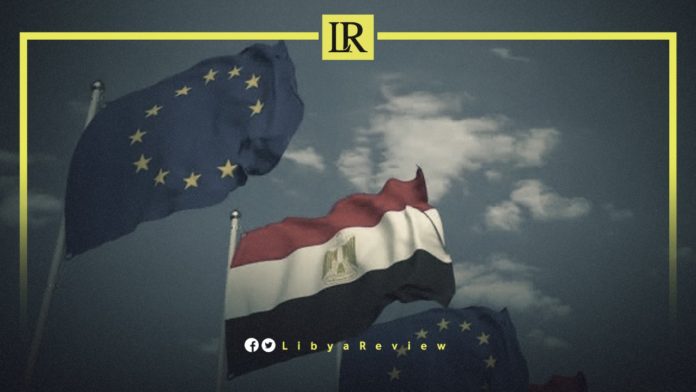 The Egypt Deputy Foreign Minister, Badr Abdel-Aty met with the Deputy Secretary-General of the European External Action Service (EEAS), Enrique Mora. They discussed a number of regional and international issues, including Palestine, Syria and Lebanon, and especially the latest developments in Libya.

They also discussed the situation in Afghanistan, and issues of disarmament and combating terrorism.

The political consultations were held in the presence of the European Union Ambassador in Cairo, and the deputy assistant foreign minister for African affairs.

Notably, the European Union’s Spokesman for the Middle East and North Africa, Luis Miguel Bueno said that the EU plans to submit a project to support the upcoming Libyan elections in December, with a value of €21 million euros.

Bueno confirmed that Libya remains a priority for the EU, which strives to achieve stability in the region, and Libya in particular.

In a related context, the European Commission is planning to deliver new patrol boats to the Libyan Coast Guard. This comes despite reported violations against migrants in detention centers, where migrants intercepted at sea are often sent.

The European Commission said it had already delivered three rehabilitated boats, also funded by the EU. The delivery date for the new P150’s remains unclear to the public.