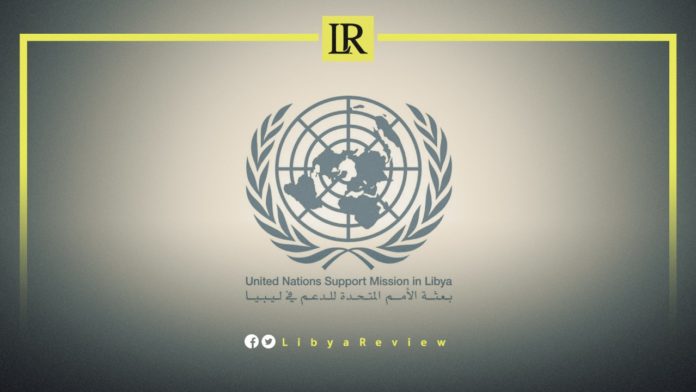 On Saturday, the United Nations Support Mission in Libya (UNSMIL) called on the Libyan House of Representatives (HoR) to adopt the necessary adjustments, including those put forward by the High National Election Commission (HNEC).

In a statement, UNSMIL said that this is needed to enable holding free, fair, inclusive, and credible parliamentary and presidential elections simultaneously on the 24th of December. It called for holding the elections in line with the Libyan political roadmap and Security Council resolutions, and the conclusions of the Second Berlin Conference for Libya.

It pointed out that only an inclusive legal framework will pave the way for a credible and inclusive electoral process. The mission explained that respecting the principle of simultaneous presidential and parliamentary elections on the 24th of December 2021 is needed to preserve the integrity of the electoral process.

UNSMIL added that an inclusive legal framework will also enhance its credibility, and the right and aspirations of the Libyan people to democratically elect their representatives and leaders as well as the acceptance of the results of the elections.

The statement stressed the importance of obligations under relevant international conventions to which the state of Libya is a party, to protect the rights of citizens to participate in public affairs.

It called for the removal of restrictions to participation in the elections to allow Libyans holding public positions to have the opportunity to suspend their duties from the time of submission of their candidacy for presidential elections, as proposed by the HNEC.

UNSMIL urged Libyan institutions to ensure the full, equal, and meaningful participation of women and youth in the elections and to put in place all the necessary arrangements to protect voters and women candidates.

The mission also called upon the Libyan parties to explore, without delay, ways to increase mutual trust and build consensus for the upcoming elections. It welcomed the readiness of the Presidential Council to bring together relevant Libyan actors to resolve contested aspects related to the electoral process, build consensus and increase confidence in the process, and stands ready to support this endeavor.

Ján Kubiš, the Head of the mission, said, “UNSMIL continues to engage all concerned Libyan parties to facilitate efforts to put in place a framework for parliamentary and presidential elections that is in line with the Libyan political roadmap and Security Council resolutions, and has a wide acceptance of Libyan stakeholders, which is critical for successful elections.”

Kubiš echoed calls by Under-Secretary-General for Political and Peacebuilding Affairs, Rosemary DiCarlo, to promote unity and consensus-building for the electoral process among all political and institutional actors during her recent visit to Libya.

The statement praised the HNEC efforts to advance technical preparations for the elections. UNSMIL urged HNEC to accelerate these efforts once a legal framework that addresses the concerns related to the roadmap and relevant Security Council resolutions is finalized.