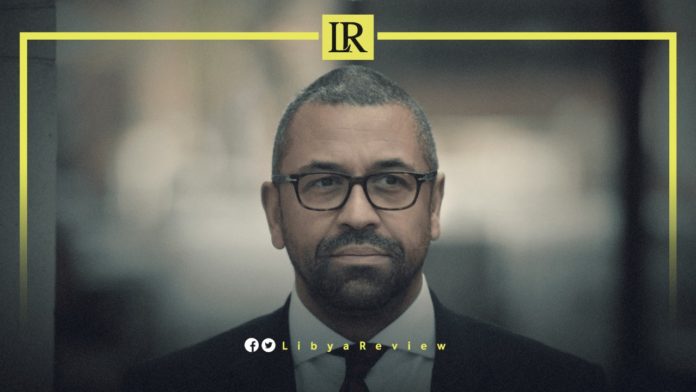 British Minister for the Middle East & North Africa in the Foreign, Commonwealth & Development Office, James Cleverly stressed the need to hold credible Presidential and Parliamentary elections in Libya on 24 December.

This came during his meeting with the Prime Minister of the Government of National Unity (GNU), Abdel-Hamid Dbaiba, on the sidelines of the COP 26 UN Climate Change Conference in Glasgow.

“We agreed on the importance of removing all foreign forces and creating new opportunities for Libyan and British businesses to cooperate on Libya’s green energy transition,” Cleverly tweeted.

In October, Dbaiba met the British Ambassador to Libya, Caroline Hurndall who announced that the British Embassy would soon resume issuing visas for Libyan nationals.

Ambassador Hurndall said that the UK supported the GNU, and the outputs of October’s Libya Stabilisation Conference that was held in Tripoli.

She also warned against any attempt to delay the elections, saying that such a step would have negative repercussions on security and stability, prolong the country’s crisis, and compound divisions.

The elections are hoped to help unify the country after years of conflict and division, but disputes over their legal and constitutional basis have laid bare the extent of the split between the country’s east and west.

In recent years, Libya has been split between two rival administrations based in the country’s east and west. Last year, the two camps signed a ceasefire in Geneva; earlier this year, the GNU was established through internationally sponsored negotiations to guide the country towards the December elections.

The 5+5 Joint Military Commission (JMC), was formed in early 2020 to ensure the withdrawal of all foreign forces from Libya.

The UN Security Council will hold two briefings on Libya during November. These are to discuss the elections, the exit of foreign forces, and investigations into Saif Al-Islam Gaddafi.