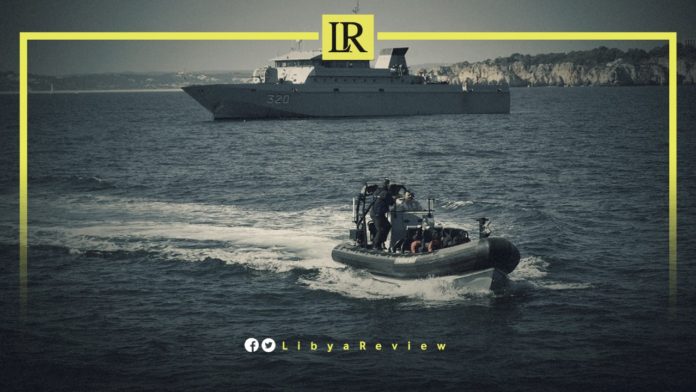 The Libya Ministry of Defence said that a number of units of the Libyan naval forces took part in the maritime exercise SEA BORDER-21, which was hosted by the Portuguese navy.

According to a news statement published by the Portuguese navy, the international naval exercise, which begun on October 26th, fell within the framework of the 5+5 Defence Initiative.

The primary objective of SEA BORDER-21 is to train maritime security operations techniques, tactics, and procedures for the exercise of state power at sea, as well as to strengthen collaboration between the armed forces of the participating countries.

SEA BORDER-21 also improves coordination among the 10 countries’ armed forces. In particular, the Maritime Operations Centres’ information exchange which should be improved, as should the operational usage of ships, aircraft, and unmanned vehicles in countering illicit maritime activity.

The 5+5 initiative works on providing maritime surveillance which aims at protecting the interests of states at sea by tackling challenges as well as threats covering a range of issues from sear and rescue to resources plundering, smuggling, illegal immigration, piracy, and terrorism.

Within the Libya 5+5 Defence Initiative maritime surveillance area of cooperation, undergoing projects encompasses the areas of data sharing, as well as the development of common capabilities in the area of search and rescue and combat of environmental pollution.

Libya has witnessed little peace or stability since the 2011 NATO-backed uprising against long-time leader Moammar Gaddafi. Since 2014 Libya has been split between warring eastern and western camps with rival administrations based in each region.