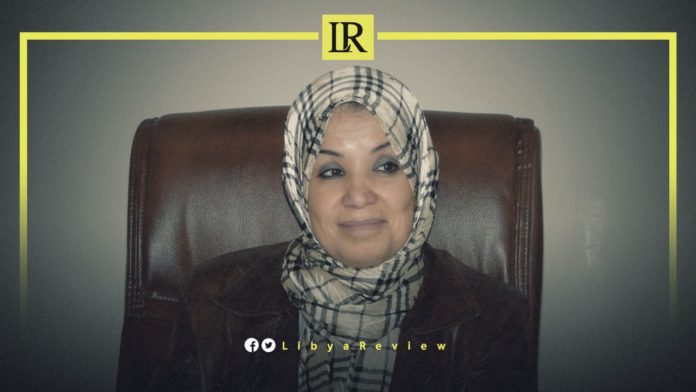 The former Libyan Representative to the United Nations, and member of the Libyan Political Dialogue Forum (LPDF) Salwa Al-Daghili called for sanctions to be placed against spoilers of the upcoming Libyan elections, which are scheduled to be held on 24 December.

“Showing support for holding the elections in December isn’t enough.. the support should be accompanied by measures that stipulate sanctions against those who obstruct the elections,” Al-Daghili said in statements to the Egyptian newspaper, Al-Dustour.

She noted that France has reiterated its firm position on supporting the elections, and considers them necessary to have a legitimate government chosen by the people.

“The Egyptian position is also firm on rejecting the presence of any foreign bases and forces on Libyan soil. The declaration of a ceasefire and the Cairo initiative are in the interest of the search for stability in Libya. Stability in Libya can only be achieved through an elected authority that renews legitimacy, and ends the institutional division in the country,” she concluded

In October, the embassies of France, Germany, Italy, the United Kingdom, and the United States stressed the importance of election security and urged the Libyan government to invest in protecting the integrity of elections. They also called on Libyan leaders to respect the elections process.

“We believe Libyans are ready to enjoy the prosperity that comes with both stability and accountable leadership, and we urge all of Libya’s current leaders to recognize this and to work toward free and fair elections on December 24,” the five embassies said in a joint statement.

The elections, as determined in the LPDF roadmap, and asserted in UNSC Resolution 2570, are an essential step in further stabilizing and uniting the country.

The Libyan Stabilisation Conference held on 21 October allowed the world to recognize the great potential for Libya, should its positive trajectory continue towards the holding of Presidential and Parliamentary elections as scheduled.