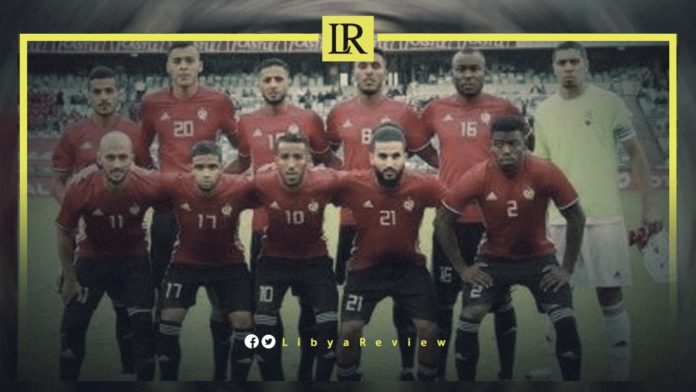 Libya’s national football team is preparing to complete its journey in the African qualifiers for the 2022 World Cup in Qatar by facing Gabon on Friday.

This will be the fifth round of the Group F competitions, which includes Libya, Gabon, Egypt, and Angola.

Notably, the Mediterranean Knights’ journey concludes with a final match against Angola, on 16 November, at the Benina Martyrs International Stadium in Benghazi at 3:00 pm.

Tunisian Referee, Hassani Bashir will be evaluating the referees, Nigeria’s Mohamed Al-Senussi will be an observer for the match, and Egypt’s, Zakaria Saber Ahmed will be a security observer. Dr. Essam Al-Danaa will take over from Libya as a medical observer.

The Egyptian team leads the sixth group with ten points, followed by the Mediterranean Knights with six points, Gabon is in third place with four points, and finally Angola at the bottom of the standings with three points.

Many voices in the Libyan sports community demanded that the Libyan Football Federation (LFF) come out in a press conference and discuss the loss against Egypt.

They claimed an absence of a press conference from both the LFF, and Spanish coach Javier Clemente was an attempt to escape from responsibility.

Egypt reached its score of ten points at the top of Group F by winning three games and drawing in one. This brings the Pharaohs a step closer to qualifying for the decisive round, as they need to win in the next game to ensure the climb.