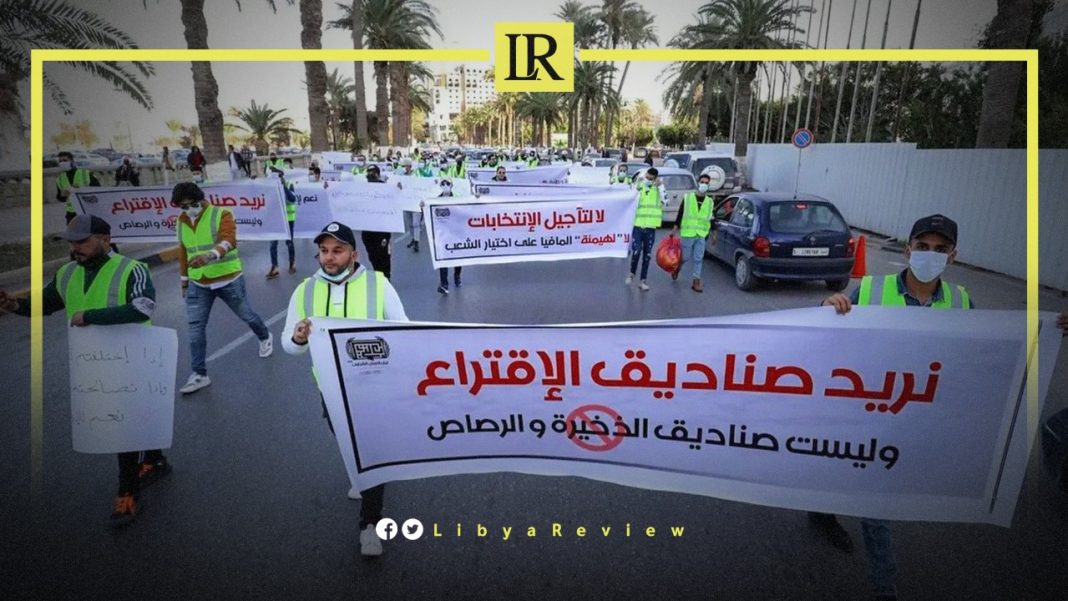 On Monday, the Libyan Parliament held a plenary session, during which the Head of HNEC, Emad Al-Sayeh, gave a briefing about the reasons behind the failure to hold last month’s Presidential elections as scheduled.

Dozens of people staged peaceful protests in the vicinity of Parliament building, demanding a clear date to be set for the elections without any further delay.

During the session, Al-Sayeh said that one of the Presidential candidates submitted false documents, “we have evidence of his fraud.”

“We referred several appeals to the Attorney General to prove to the Libyan people that the commission is committed to the principle of holding fair and transparent elections,” he added.

The Head also confirmed that the commission was communicating with the Interior Ministry, which had drawn up a well-prepared plan to secure them. This failed to materialise due to the deteriorating political and security situation on the ground.

Libya failed to hold its much-awaited Presidential elections as scheduled on 24 December. This came after parliamentary election committee proposed they be delayed, and with HNEC proposing 24 January as the new date.

The elections are part of a roadmap adopted by the UN-sponsored Libyan Political Dialogue Forum (LPDF), in order to restore stability in Libya following years of political division and insecurity. The ballot was delayed to an unspecified date, after bitter arguments over divisive candidates and a disputed legal framework.