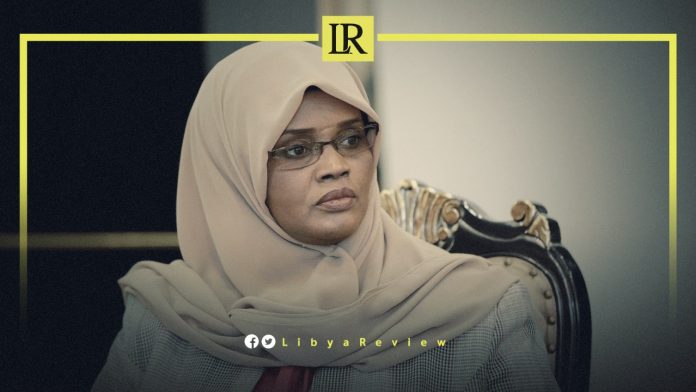 On Tuesday, Libya’s Attorney General’s Office confirmed the temporary release of Libyan Minister of Culture, Mabrouka Touki pending the completion of a corruption investigation against her.

It stated that the Libyan Attorney General, Al-Siddiq Al-Sour called on the Prime Minister’s office to suspend Touki from work. Al-Sour also ordered the minister’s passport be withdrawn, and issued her with a travel ban.

On Sunday, the Libyan News Agency quoted the Minister’s advisor, Tariq Al-Jahawi confirming the release of Touki. The minister is accused of falsifying official documents in order to complicate the review and oversight of public spending.

This comes a week after the Libyan Education Minister, Moussa Al-Megarief was also arrested, as part of an inquiry into a lack of schoolbooks.

The Libyan minister also faces charges related to a contract for maintenance works on ministry buildings, which had already been refurbished last year.

Libya was supposed to hold Presidential election on 24 December 24, 2021 in a United Nations-led effort to end the decade-long crisis. The ballot was delayed indefinitely, after bitter arguments over divisive candidates and a disputed legal framework.