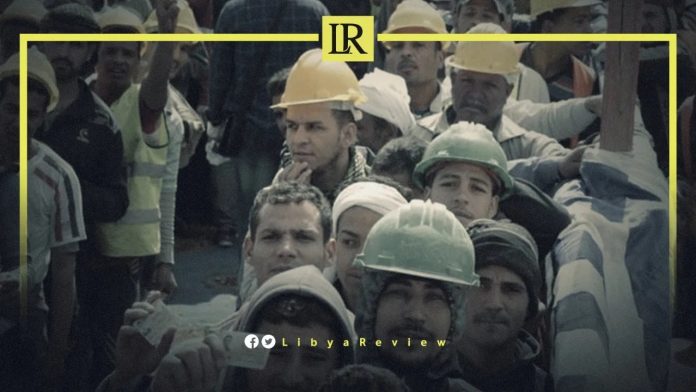 The Egypt Ministry of Manpower extended the application deadline for 58 job opportunities in Libya, until 8 January.

The Ministry explained that this is to “give an opportunity to applicants who were not fortunate enough to submit their applications within the previous period specified by the Ministry.”

The Egypt Minister of Manpower, Mohamed Saafan revealed that this would be the first batch of Egyptian workers sent to Libya, after the launch of the electronic link system between the two countries. He added that the required specializations are in the medical field, with applicants needing between 5-15 years of experience.

Last month, Libyan Minister of Labour, Ali Al-Abed said that a similar electronic link system will be launched between Libya and Tunisia to regulate Tunisian labourers entry into the country.

In remarks to Tunisia’s Hakaek Online website, he said that the electronic platform will include job announcements for workers.

Al-Abed confirmed that an employment agreement is set to be signed, noting that the two countries are in talks regarding the terms of this agreement.
He indicated that Tunisia recently sent a draft of the agreement to the Libyan Foreign Ministry, which will be considered by the Libyan government.

“Libya is in need of Tunisian professional expertise, especially in the fields of energy, electricity, and drilling oil wells,” he said. As well as noting Tunisia’s successful experience in vocational training.

Regarding the possibility of establishing a commercial zone near the borders, he said “the idea of the project has existed for some time, but there are problems on the Tunisian side regarding the ownership of land there.”

Al-Abed announced that an electronic link system was launched between Libya and Egypt to regulate the entry of Egyptian labourers into the country.

In a joint press conference with Saafan, Al-Abed said that the e-link system also aims to prevent human trafficking and illegal migration to the North African country. “The new mechanism will focus on the prevention of counterfeit, the illegal exploitation of labour importation, and human trafficking in Libya,” he said.

The minister added that Egypt workers seeking jobs in Libya will only be allowed to travel to the country through the system.