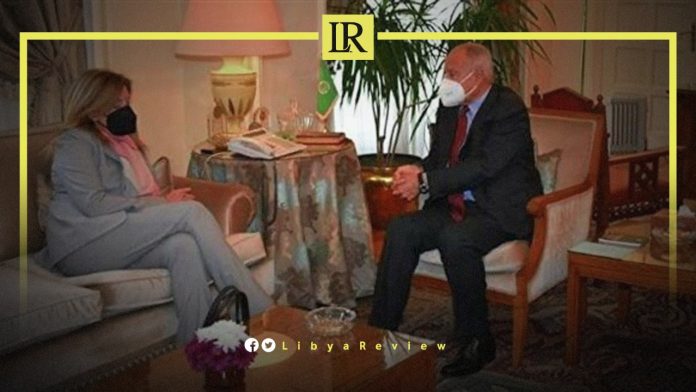 They discussed Libya during a meeting held in the Egyptian capital, Cairo. During this meeting they stressed the necessity of holding Libyan elections and discussed ways to support the political process in Libya.

Notably, Williams arrived in Cairo on Sunday as part of a foreign tour, including Tunisia and Turkey. She is scheduled to visit Moscow and other capitals, asking for regional support for the solution of the Libyan crisis.

On Saturday, the Russian Deputy Foreign Minister, Sergey Vershinin, invited Williams to visit Russia for talks on the Libyan issue. It is expected that Williams will arrive in Moscow on Monday, January 17th.

The committee formed by the Libyan Parliament to follow up on the electoral process, concluded that it was “impossible” to hold parliamentary and presidential elections as scheduled on the 24th of December.

Libya’s High National Election Commission (HNEC) proposed postponing the first round of the national elections to the 24th of January, a month from their scheduled date. The commission said in a press statement that it is proposing this, in coordination with the Libyan Parliament.

The Head of the HNEC, Emad Al-Sayeh, briefed the Parliament that a presidential candidate had submitted forged documents.

He added that the commission received more than 5,400 candidacy bids for the parliamentary elections, noting that some of them include forged documents.