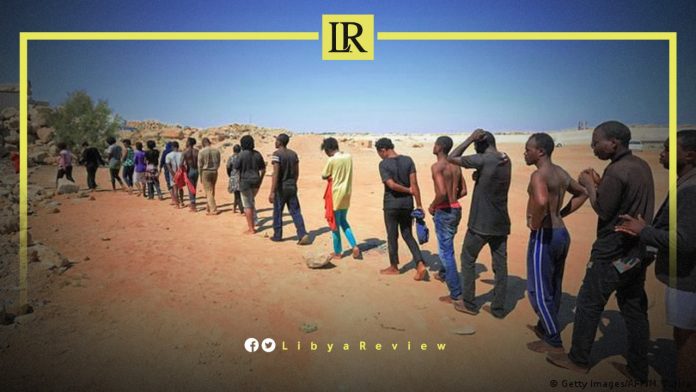 Libya is forcing migrants across its land borders into “no man’s land”, remote stretches of the desert without water, Benjamin Lewis from the Office of the UN High Commissioner for Human Rights (UNHCR) said on Thursday.

“They appear linked to efforts to strengthen Libya’s external border enforcement, so as to prevent migrants from eventually arriving to Europe,” he added.

Speaking to Members of the European Parliament (MEP’s) in the sub-committee on human rights, Lewis said the expulsions are being carried out by the Directorate of Combatting Illegal Migration (DCIM). It also runs a slew of detention centres rife with abuse amid documented reports of rape, killings, and enforced disappearances og migrants. “According to one Libyan official, DCIM is now and I quote, ‘deporting more people faster than ever before,'” said Lewis.

Official DCIM figures indicate 7,500 people were expelled from Libya’s external land borders in 2019 and 2020, many from the city of Al-Kufra into Chad and Sudan. Lewis claims the true numbers are much higher. As well as noting many include children and women entitled to protection under international law.“Some have simply been left abandoned, while others have been abducted and re-trafficked into Libya as victims of sexual violence,” he said.

“We also took note of an increased presence of border brigades or, quote ‘desert patrol units.’ These are operating along Libya’s land borders, particularly in the west of the country, near Algeria and Tunisia,” he added.

The official said questions remain as to what extent the EU’s delivery of vehicles, equipment, and other tech to the DCIM and Interior Ministry may have been used to expel the migrants.

Two years ago, the commission delivered 30 off-road vehicles to Libya, to help with border management. It also delivered buses, ambulances, and boats to the Libyan Coast Guard which last year intercepted and returned some 32,000 migrants at sea. Some of those are being aggressively intercepted in Malta’s search and rescue zone, as witnessed by EUobserver last summer.

Around 12,000 migrants are currently imprisoned in 27 Libyan detention centres, according to the UN Secretary-General.