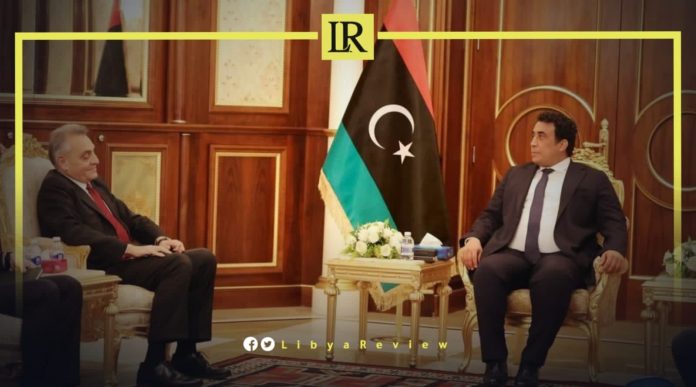 The two parties discussed the latest political developments in Libya, in addition to ways of developing bilateral relations, and supporting the political track.

According to a statement, Al-Mnifi reviewed the PC’s efforts to enhance stability in Libya, and the national reconciliation process between the Libyan parties.

Ambassador Buccino expressed his full and continuous support for the political process in the country, culminating in Parliamentary and Presidential elections.

He stressed the need to preserve the unification of institutions, and to begin national reconciliation between the Libyan people. As well as pointing to the importance of developing the historical relations between Libya and Italy.

On Saturday, Italian Foreign Minister, Luigi Di Maio held a telephone call with the EU High Representative for Foreign Policy and Security Affairs, Josep Borrell. They discussed the latest political developments in Libya, Mali, the Sahel. As well as tensions on the border between Russia and Ukraine.

“Di Maio and Borrell agreed on the importance of maintaining a unity of intent among the European countries most committed to stabilizing the country, in support of a Libya-led and UN-facilitated political process,” the Italian Foreign Ministry said on Saturday.

Last week, Speaker of the Libyan Parliament, Ageela Saleh announced that they have unanimously appointed Fathi Bashagha as the new Prime Minister. He is set to replace the current PM of the Government of National Unity (GNU), Abdel-Hamid Dbaiba.

Dbaiba announced in a speech that he would not hand over power until after elections. “Only elections will end the transitional stages,” he claimed.