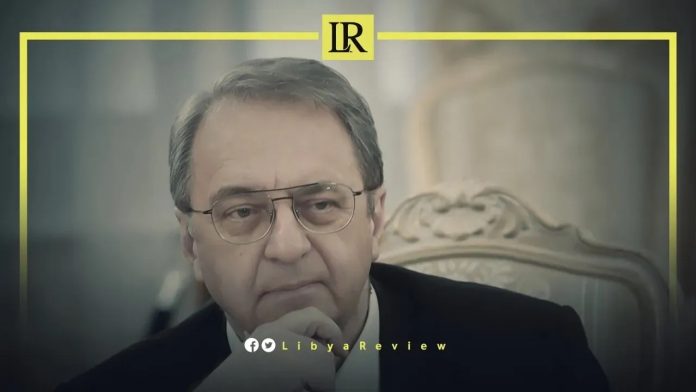 Russian Deputy Foreign Minister, Mikhail Bogdanov, denied his country’s support for one of the Libyan presidential candidates, describing the exclusion of some candidates in Libya as a “time bomb.”

In an interview with the Russian RT Arabic channel, Bogdanov called for comprehensive elections in Libya, that do not exclude any of the presidential candidates. He said, “we know Fathi Bashagh, the candidate for Prime Minister, and there are many of our friends, who represent different regions.”

The Russian Deputy Foreign Minister considered that excluding any candidate opens the way for part of the regions or politicians to say that they are excluded from the elections. This gives them the space to argue that they do not recognise its legitimacy nor agree with its results.

He explained that Libyan society is tribal and each of the candidates has a political program. “The elections that were scheduled for the end of last year were not held and it is not clear when they will be held,” he added.

On the return of Stephanie Williams to work as an Adviser to the Secretary-General of the United Nations (UN) on Libya, he said, “we know her well, and she is a professional and has worked for a long time the UN.”

However, he stated that ”Williams is working in Libya by order of the Secretary-General without being elected or chosen by anyone. She has no mandate from the Security Council and does not replace the outgoing Envoy, Ján Kubis.”

He concluded by saying, ”I met in Moscow with the members of the Libya’s 5+5 Joint Military Commission (JMC), and they said that they decided that there should not be representatives of the major permanent members of the Security Council among the foreign observers.”