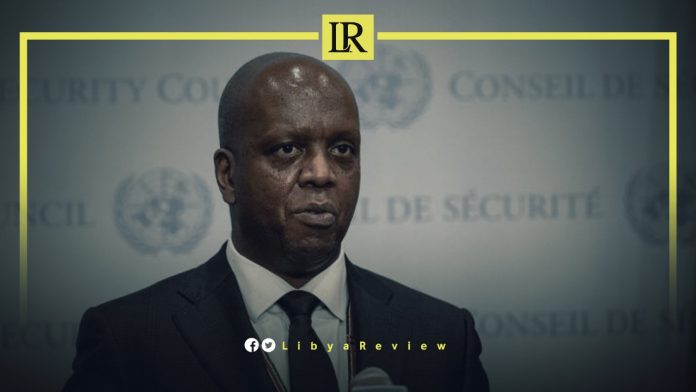 The Permanent Representative of Kenya to the United Nations (UN), Martin Kimani, stressed the need to end foreign interference in Libya.

In a speech to the UN Security Council, the Kenya representative said that intervention in Libya must end to ensure the gains that have been achieved so far. He added that this intervention is characterised by the continuous presence of foreign fighters and mercenaries on Libyan soil.

“This presence does not lead to destabilisation in Libya alone, but in the region as a whole,” Kenya warned.

Notably, the International Crisis Group (ICG) has urged the African Union (AU) to play greater role in addressing the Libyan crisis, and help the war-torn country to remove foreign fighters and mercenaries from its territories.

It pointed out that the AU should stop playing the role of “spectator,” while the risks of derailing the political transition in Libya increase, after the elections were postponed indefinitely.

The report indicated that the way out of the Libyan crisis is for the AU to support political mediation led by the UN to draw a new road map. “The expulsion of Chadian and Sudanese fighters should be facilitated, because the country’s stability in future depends on the departure of foreign fighters,” the report explained.

The ICG called on the AU to address the disadvantages of removing those fighters from Libya, in accordance with the provisions of the cease-fire. It also indicated that the source countries of fighters must be pressured to develop a clear strategy for the transfer of these fighters.

The report concluded that the AU is required to encourage a smooth withdrawal process for those fighters in an organized, coordinated and gradual manner.

Earlier, Kingabe Ogouzeimi de Tapol, a Spokesperson for the Front for Change and Concord in Chad (FACT), said that there are many Chadian rebels still present in Libya.

“They understand the need to return,” de Tabol said, referring to Chadian militants in Libya. “In the past, we were in Libya to fight the Islamic State of Iraq and the Levant (ISIS), but today we know that we must go back to our country.”

In October 2021, the Sudanese Foreign Minister, Mariam Al-Sadiq Al-Mahdi, confirmed the presence of Sudanese mercenaries in Libya. She stressed that the responsibility of the Sudanese government lies in ensuring that those fighters do not pose a threat to Libya. Their departure is part of the democratic development and stability in Libya.

Al-Mahdi pointed out that her government has reached joint security mechanisms that enjoy broad international support. She noted that this was agreed by the 5 + 5 Joint Military Committee (JMC), highlighting the existence of a plan with a clear timetable to limit the Sudanese fighters.

The Sudanese Foreign Minister explained that the JMC and the security services of Sudan will reach an agreement on the method of returning the Sudanese mercenaries, so that they do not pose a threat to Sudan and Libya as well.