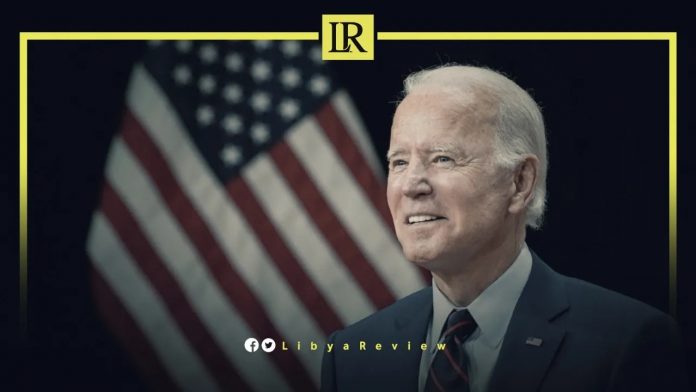 US President, Joe Biden announced the continuation of the national emergency declared in Executive Order 13566 with respect to Libya.

In a statement, published by the White House, US President Biden said: “The situation in Libya continues to pose an unusual and extraordinary threat to the national security and foreign policy of the United States. We need to protect against the diversion of assets or other abuse by persons hindering Libyan national reconciliation.”

“Therefore, I have determined that it is necessary to continue the national emergency declared in Executive Order 13566 with respect to Libya,” he added.

The statement claims that, “Libyans confront ongoing instability originating from the actions taken by Colonel Muammar Qadhafi, his government, and close associates against the people of Libya in 2011. Civil conflict in Libya will continue until Libyans resolve their political divisions and foreign military intervention ends. Because many of these divisions relate to access to resources, a serious risk remains that, if not protected, Libyan state assets will be misappropriated by parties determined to undermine the ongoing United Nations peace process.”

Biden added, “The diversion of these resources could prolong and deepen the current instability in Libya, which benefits ISIS and other terrorist groups that pose a serious threat to the national security of the United States, and the security of regional partners.”

“We run the risk of military escalation if sanctions do not remain in effect, particularly since those who reject dialogue and obstruct and undermine Libya’s democratic transition remain interested in exploiting the wealth of the Libyan people, to advance their narrow self-interest and perpetuate conflict in the country,” he concluded.