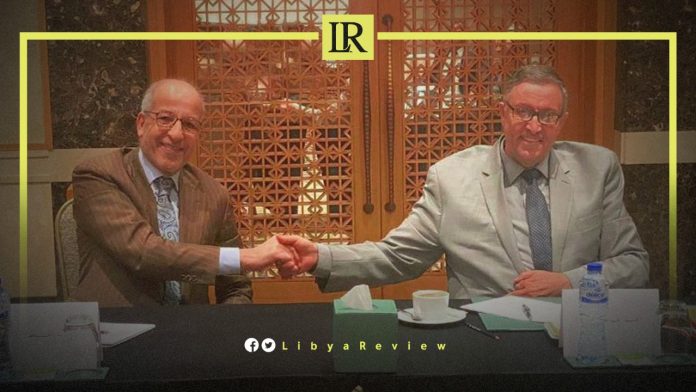 On Monday, the Governor of the Central Bank of Libya (CBL), Al-Siddiq Al-Kabir and his deputy, Ali Al-Hibri met with officials from the US consulting firm Deloitte, in Tunisia.

Sources told 218 TV that they discussed the work of the joint technical committees created by Deloitte, for its financial audit of the CBL.

The two Libyan officials signed an agreement in January 2021 for Deloitte’s consulting services, in order to support the economic roadmap, and unification of the CBL.

Last month, Al-Kabir told Reuters that he hoped the first stage of unification could be accomplished by July. Economic divisions have added to Libya’s chaos, and resulted in differing exchange rates, liquidity shortages, and ballooning public debts that further hurt Libya’s battered economy.

The review seeks to create the conditions and provide recommendations to unify the CBL, thereby improving public confidence, transparency, and integrity of the banking sector.

Notably, UNSMIL facilitated the process that included concluding the terms of reference for the review with both CBL branches.

“The unification of the CBL is no longer simply recommended but required. The division complicates access to foreign exchange, impedes monetary reform, and undermines the integrity and oversight of the commercial banks. The division, in combination with the lack of a unified budget, contributed to both banks accruing debt to finance the respective former governments,” Deloitte’s review noted.