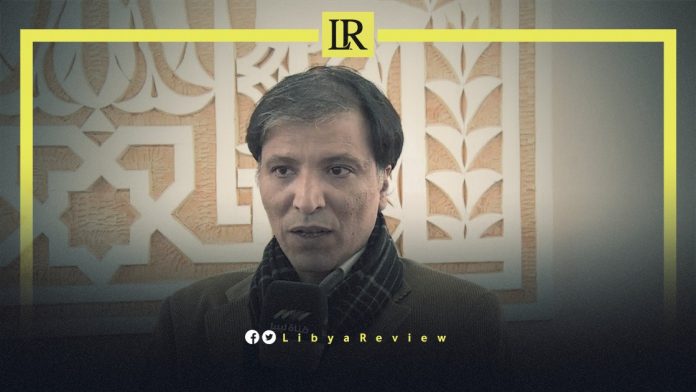 On Monday, a member of the Libyan Parliament’s Roadmap Committee, Miftah Al-Kartaihi accused the UN Support Mission in Libya (UNSMIL) of prolonging the crisis.

In press statements, the MP said that UNSMIL’s intervention “is a blow to the Libyan-led agreement on the constitutional amendment, which will bring us back to square one.”

Al-Kartaihi stressed that the UN Special Advisor to Libya (SASG), Stephanie Williams is not seeking a peaceful settlement to the ongoing crisis, “rather she is shuffling the cards to prolong the crisis, abolish the inter-Libyan agreement, and the Parliament’s approved political roadmap leading to fair and inclusive elections based on a permanent constitution.”

He also added that there is no dispute between members of the Libyan Parliament, and the High Council of State (HCS). As 54 members of the Council signed to support the agreement.

He noted that UN should adhere to its advisory role, and not interfere in Libyan affairs. “But if we are still under Article 7 and UN resolutions 1970/73 of 2011, the world must disclose that we are under guardianship and we have no opinion as a council, people, or government,” he added.

The MP confirmed the legality of the new government, headed by Fathi Bashagha. As well as stressing that arrangements are underway to take over the reins in Tripoli.

Notably, the UN adviser has warned publicly against escalation, and offered to mediate. She added that she had “met thousands of people from across the country in recent months.”

Based on those talks, “there is zero appetite to return to large-scale conflict in Libya,” adding that “there’s always going to be a degree of shallow legitimacy attached to any executive that is not directly elected by the people. The political manoeuvring that has obstructed elections has also laid bare the massive disconnect between the political class and the body politic”, she added.

In her efforts to mediate a way out of the crisis, Williams has urged the country’s two legislative bodies; to negotiate a constitutional basis for elections.

It’s a key sticking point in a country that has had no constitution since Muammer Gaddafi tore the last one up in 1969. The Libyan Parliament has yet to agree on delegates to the talks, she noted.

“We’re at a crucial inflection point for them to come to the table with good intentions, and in good faith to sort this out,” the UN adviser said.

But she voiced confidence that a deal could be reached, pointing to the example of talks held in 2020 following the bitter military conflict over Tripoli.

“They can do this,” she said. “But they have to get to the table. Step number two is to sit and actually negotiate seriously and in good faith, knowing that you’ve got three million people watching you,” the UN adviser added, referring to Libyans who had collected their voting cards.