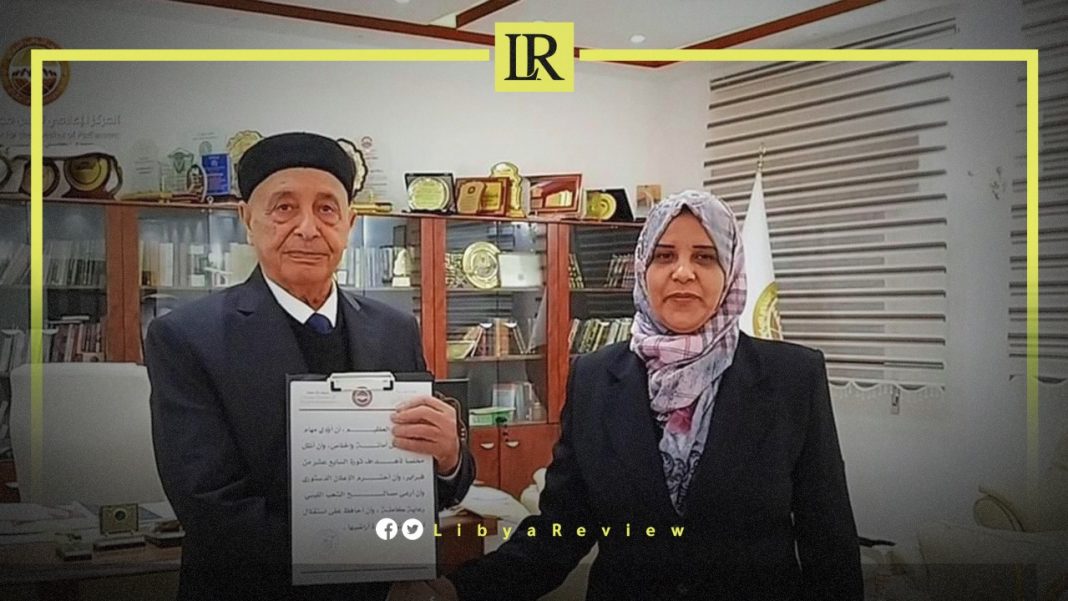 On Sunday, the Minister of Culture of the Libyan government, Salha Al-Toumi, took the constitutional oath before the Parliamentary Speaker, Ageela Saleh.

On the 10th of February, Saleh announced the unanimous appointment of Bashagha as the new Prime Minister. Incumbent Prime Minister, Abdelhamid Al-Dbaiba warned that the appointment of a new interim government could lead to war and chaos in the country. He renewed his pledge to only hand power over to an elected government.

Libya has been mired in a political crisis since the fall of long-time leader Moammar Gaddafi’s regime in 2011. Observers fear that Libya will return to having two opposing Libyan governments, threatening the nation’s vital oil sector.

Bashagha accused Al-Dbaiba’s Government of National Unity. (GNU) of deliberately sabotaging the country’s general elections. During an interview with Al-Wasat TV, Bashagha said that Al-Dbaiba did not intend to hold elections from the start. “He informed foreign and local parties that he would last for two years or more, and there would be no elections,” Bashagha added.

“Since 2011, successive Libyan governments handed over power smoothly, and even the “Salvation Government” responded after a short period, but the Dabaiba government did not,” he noted.

Bashagha warned of the collapse of the Libyan ceasefire agreement if the outgoing GNU continues to refuse to hand over power to his government.

“The outgoing Libyan government’s continued usurpation of power and the threat of violence threatens to unravel the ceasefire agreement, and undermine national and international efforts to hold elections,” Bashagha said in a statement.