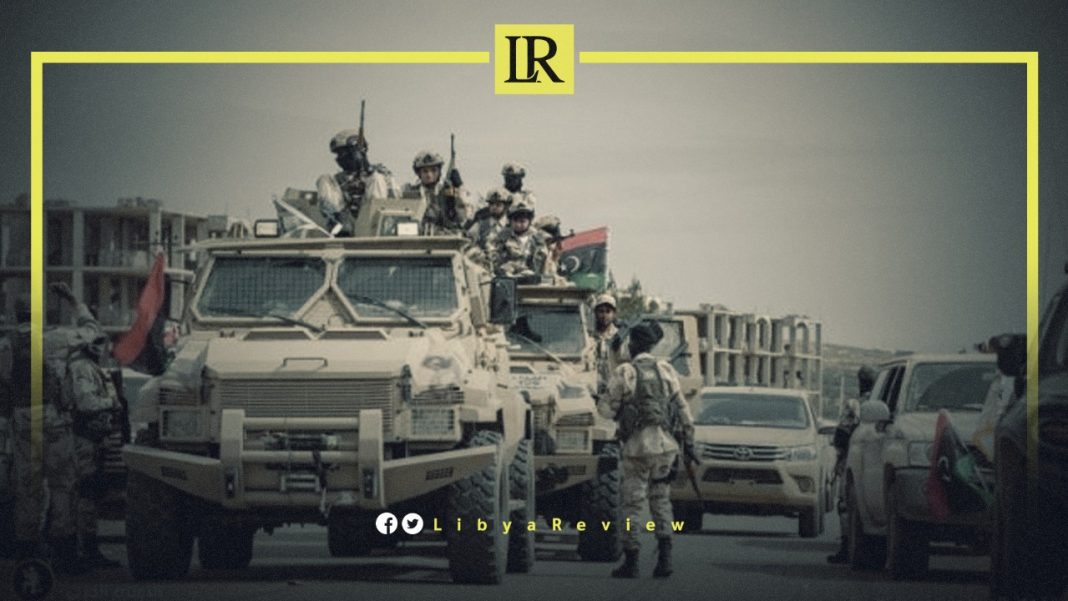 The Director of the Moral Guidance Department of the Libyan National Army (LNA), Major General Khaled Al-Mahjoub announced the killing of two IS terrorists in southern Libya.

In press statements, Al-Mahjoub explained that this came as part of a security operation carried out by an LNA-affiliated military unit. It had targeted an IS hotbed, led by Moataz Ahmed, east of the city of Qatroun.

Notably, the government of Prime Minister-designate, Fathi Bashagha has condemned “in the strongest terms” the terrorist attack.

In a statement released hours after the attack, the government called for “serious steps to support and build security and military institutions, so that the Libyan government can extend its full control and sovereignty over its entire territory”.

Bashagha has recently accused the Prime Minister of the outgoing Government of National Unity (GNU), Abdel-Hamid Dbaiba of supporting terrorism and armed militias.

“The outgoing Dbaiba government wants to cling to power and loot Libyan funds,” adding that “it had spent the money on terrorist and armed groups.”

On 10 February, the Speaker of the Libyan Parliament, Ageela Saleh announced that they had unanimously appointed Bashagha as the new Prime Minister.

However, Dbaiba warned that the appointment of a new interim government could lead to war and chaos in the country. He renewed his pledge to only hand power over to an elected government.