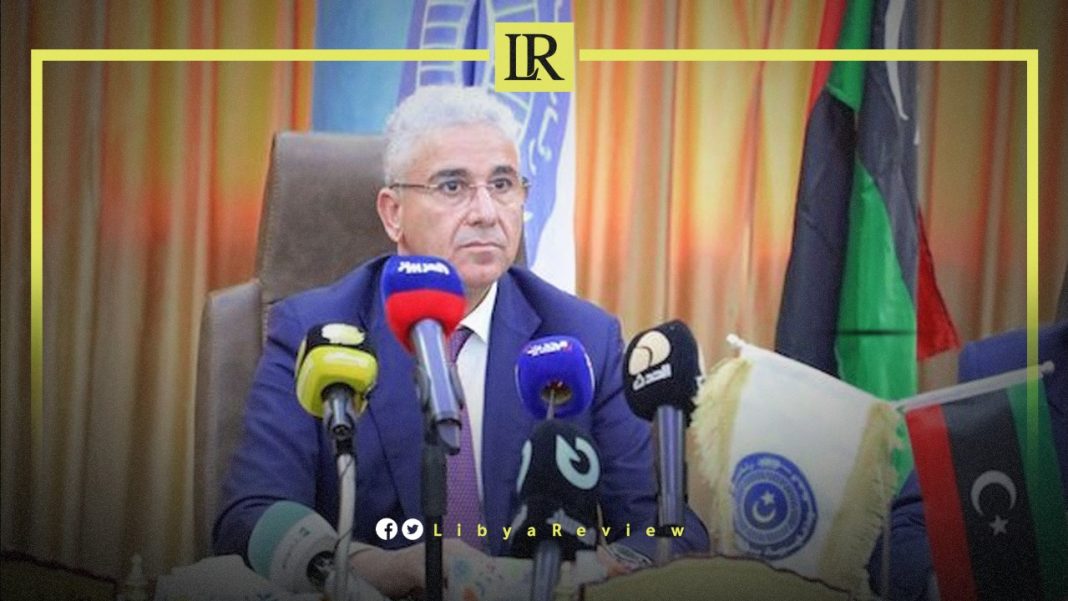 On Thursday, the new Libyan cabinet headed by Prime Minister, Fathi Bashagha held its first meeting in the city of Sebha.

Bashagha stated in his opening speech that, “we wanted the first meeting of the government to be in the city of Sebha, the capital of the marginalized south.”

“The era of corruption and chaos has passed, and a new era of reform, construction and justice has begun,” the PM said.

Bashagha noted that Libya is not “booty to be seized by a particular person or a particular family, who believes that they can buy the country with the people’s money.” This is in reference to rival Prime Minister, Abdel-Hamid Dbaiba.

He pledged that his government will “be for all Libyans, and in all regions.” As well as that they would “work to resolve the suffering of citizens.”

Bashagha added that the cabinet meeting will be devoted to discussing the “draft budget, the unified salary scale, the military, and border security.” This is in addition to discussing “proposals to support local municipalities, and the closed oil ports.”

Spokesman, Othman Abdel-Jalil said that a major goal of the government is to “lead the country to Presidential and Parliamentary elections, unify state institutions, and ensure national reconciliation.”

Recently, The Libyan Parliament-designated Prime Minister, Fathi Bashagha claimed that Libya could provide the United Kingdom with the resources it needs, if the West helps rebuild Libya after years of war.

In press statements to the British newspaper ‘The Telegraph’ Bashagha confirmed that this can be achieved through “the commercial links that are established, improving the lives of the Libyan people, and providing the resources that we know Europe and the world need.”