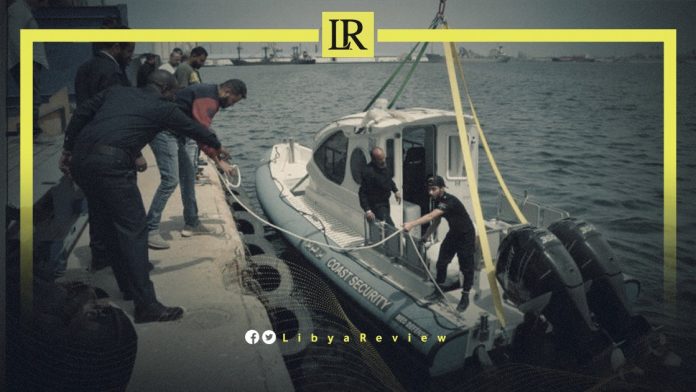 On Monday, the General Directorate of the Libya Coastal Security trialled the new high-speed rubber boats it had received from Italy.

The Interior Ministry said Italian trainers participated at the trial test in Tripoli. “Italian trainers have trained Libyan personnel on the new rubber boats and other marine boats,” the statement added.

Notably, the Ministry announced that it had received two out of six, state of the art naval boats from Italy, in a handover ceremony.

Libya and Italy agreed to make lists of spare parts needed to carry out periodic maintenance of marine boats.

The European Commission claimed that its efforts to shore up the Libyan Coast Guard is based on a “do no harm” principle, and saves lives.

Francisco Gaztelu Mezquiriz, a senior commission official, told European lawmakers on Thursday that the commission’s efforts in Libya are humanitarian in scope.

“We strongly believe that increasing the effectiveness of the Libyan search and rescue operations can only help to reduce the number of lives lost at sea,” Mezquiriz said.

“We’ll continue to strengthen Libya’s search and rescue capacity by delivering new vessels. We have to continue these efforts, we cannot stop these efforts. This includes the training of the guard on human rights,” he said.

However, a report out last month by the United Nations Human Rights Council uncovered further evidence of murder, torture, inhumane acts, rape, persecution, and enslavement of migrants in Libya.

“Claims made by the European Commission that it can stop migrant arrivals while respecting international obligations is nonsense,” Inma Vazquez, working for MSF said.

Some 60,000 people have tried to flee Libya by sea last year.