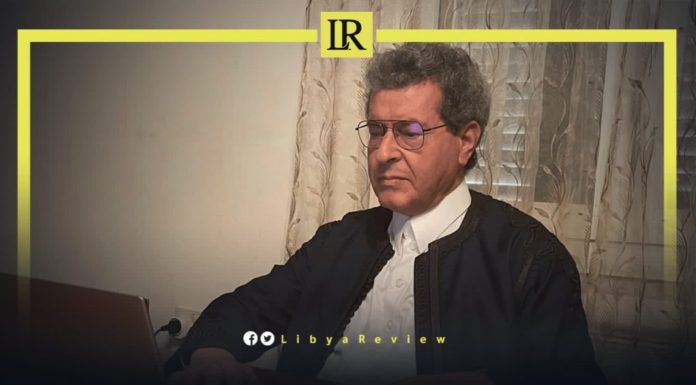 Libya’s Minister of Oil and Gas, Mohamed Aoun participated via video conference, in the 28th meeting of OPEC+.

The meeting reviewed the state of the global oil market, and the latest developments. The organisation predicted an increase in demand for oil during the second quarter of this year, but the year-end forecasts indicate the possibility of an excess of demand, according to a statement by the Libyan Ministry of Oil.

It was also agreed to continue compensating production cuts, which were agreed upon in April 2020, by 432,000 bpd until June. It is noteworthy that Libya remains excluded from these cuts. The next meeting will be held on 02 June, 2022.

Notably, Libya’s oil production saw a steep decline in April, due to a blockade on oil fields and export terminals. This represented the biggest drop in global output, according to Reuters.

The increase in OPEC members’ output in April, undershot the rise planned under a deal with allies, a Reuters survey found. Declines in Libya and Nigeria, offset supply increases by Saudi Arabia and other top producers. Libya is exempt from making output cuts in OPEC.

OPEC pumped 28.58 million barrels per day (bpd) in April, the survey found, up 40,000 bpd from the previous month. This remained short of the 254,000 bpd increase called for under the supply deal.

OPEC and its allies, known as OPEC+, are slowly relaxing 2020 output cuts, as demand recovers from the pandemic. OPEC+ is expected to confirm a previously agreed output hike despite the surge in oil prices after Russia’s invasion of Ukraine.

“Probably the view is to maintain the plan,” an OPEC delegate said of the upcoming meeting.

The deal called for a 400,000 bpd increase in April from all OPEC+ members, of which about 254,000 bpd is shared by the 10 OPEC producers the agreement covers.

Libya’s oil production has faced a wave of forced closures, prompting the NOC to declare force majeure and suspend the work of two important ports in the east. It also closed six fields in the south and east of the country.

As a result, “production has decreased by about 600,000 barrels per day (bpd),” or half of the daily production out of 1.2 million bpd, Libyan Oil Minister, Mohamed Aoun told AFP.

Aoun expressed his regret regarding the closures affecting the oil infrastructure. As well as their impact on “Libya’s reputation and loss of confidence in its position in the international market. When we deliver a certain quantity to a customer, and the next day we are not able to do so for one reason or another, this makes Libya lose its position in the global market.”