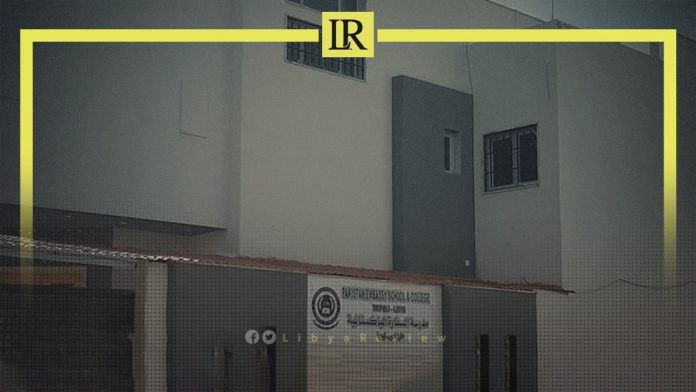 The Pakistan Embassy in Libya announced that it will reopen its doors in Tripoli, starting Sunday.

It had previously shut down its operations, alongside other embassies, due to the poor security situation in the country.

The Ministry said in a statement that the two sides discussed a number of issues of common interest, especially in the fields of electronic and electrical professions, communications engineering, and agriculture.

“The two parties discussed the possibility of recruiting the skilled Pakistani workforce in the Libyan labour market,” the statement noted.

Al-Abed affirmed the strength of relations between the two countries, with Ambassador Javid praising Libya’s efforts to develop its labour market with the help of Pakistani workers.

“Al-Tijani affirmed his ministry’s readiness to cooperate with the Pakistani side and benefit from its experiences in the security field, which would contribute to strengthening the relationship between the two countries,” the statement added.

President Alvi urged Javed to take steps to improve commercial relations between the two countries, and work for the welfare of the Pakistani diaspora.